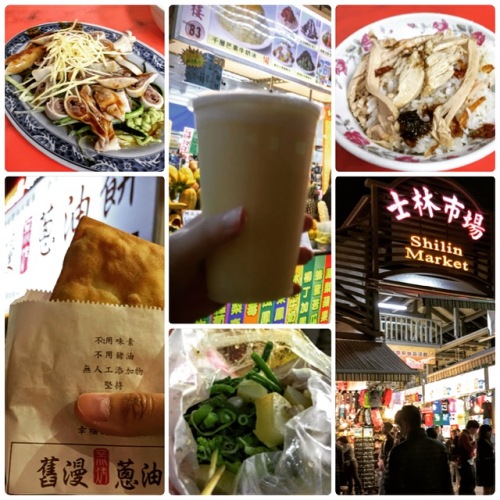 We have not been to 士林夜市 Shilin Night Market ever since we first visited Taiwan in 2009, so we thought why not revisit it since it was renovated some years back.

士林夜市 Shilin Night Market was set up way back in the early 1900s and remained at the same location for many years until it had to be demolished and rebuilt in 2002 because of sanitation, electricity and safety considerations. It took the government a long 10 years to rebuilt the night market and the new market officially opened on Christmas Day in 2011. It remains the most popular night market for tourists and you can find so many tourists walking towards it the moment you exit from 捷運劍潭站 Jiantan Station. The market has now divided itself into the street level stalls and the basement food stalls (although some food stalls are still found on the street level).

We started rather early, around 5pm, so some of the shops were still setting up, and the crowds were not as crazy yet. It was quite pleasant to just do some window shopping. Of course, no trip to a night market was complete without trying any food stuff, so we still managed to eat a little.

With our bellies close to bursting, we slowly made our way back to the subway station and called it a night 🙂