We went for the UNA Thanksgiving Brunch ($58++ per adult), and had an awesome time!

END_OF_DOCUMENT_TOKEN_TO_BE_REPLACED

We had thought that this was a dessert place whenever we walked past previously, and we decided to pop over for a break.

The açaí fruit is supposed to contain lots of antioxidants and high in fibre but with low GI, allowing one to feel satisfied even with a small portion.

We got ourselves a medium Original Flower Bowl, and a Medium Nuts for Açaí Bowl.

It was our first time trying out Açaí bowls, and it felt like eating frozen yoghurt.

Both were chockful of ingredients, pretty to look at, and refreshingly delicious! We did enjoy eating them, but still felt abit hungry after that.. haha 😛

This was the last of our Starhub vouchers, and we decided to try out the Chicken Up branch at Jurong East. 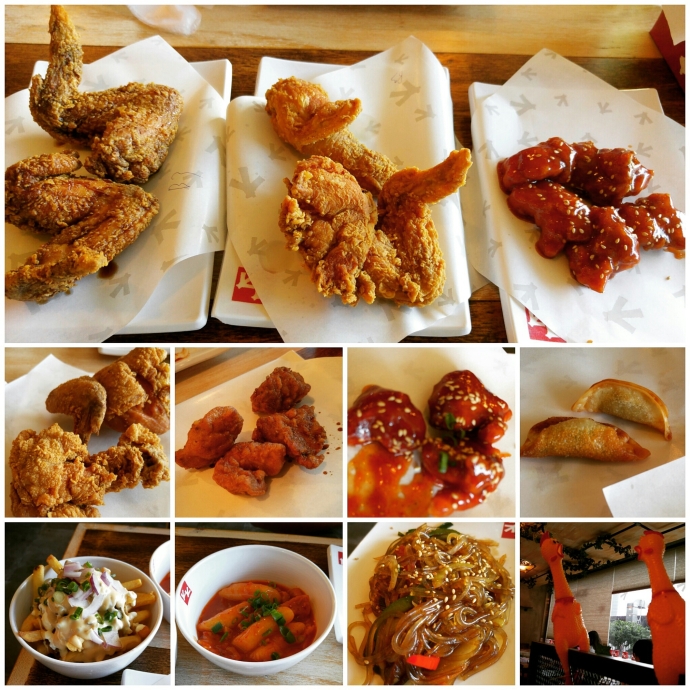 END_OF_DOCUMENT_TOKEN_TO_BE_REPLACED

So we were a day too early previously for its soft launch, and we were back today to check out this place on its official launch day!

Full of Luck Club Canto Kitchen & Bao Bar is opened by the same people behind Li Bai Cantonese Restaurant and it’s signature is mini Baos 包, much like the Little Bao in Hong Kong.

On a Friday early evening on its launch day, it was more than 75% filled on the ground floor, and we were led upstairs where there were plenty of seats.

A hugggggggeeeee cat figurine welcomed us as we climbed the stairs!

Once we were comfortably seated, we were introduced to the signature dishes, and given a few minutes to think about our choices.

END_OF_DOCUMENT_TOKEN_TO_BE_REPLACED

We were looking for something new to try, at Holland Village but alas, the new Cantonese restaurant (Full of Luck Club) is still not yet opened (it opens tomorrow 20 May 2016!!!).

Taking a quick stroll along Lorong Mambong, La Nonna seemed rather popular. We quickly settled down and got ourselves a chef’s special of Squid Ink Spaghetti with mixed Seafood ($24++), and a La Nonna Pizza ($23.90++).

The tangy squid ink pasta was really good! We loved the sauce, and the al-dente pasta! The seafood were also very fresh, and very soon, we had very dark lips and very satisfied tummies!

The thin crust pizza was oozing truffle aroma goodness when it arrived, and we quite enjoyed it too. Somehow, the asparagus managed to retain its juice and sweetness, and the egg was sooooo runny.

This was a good dinner indeed 🙂 We were pleasantly surprised to find that there was a 1-for-1 promotion with UOB credit cards, so our pizza was free! 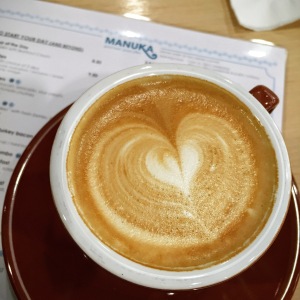 We had wanted to have a drink after dinner, and we discovered Café Manuka through one of the food discount coupons in the coupon booklet distributed at the Customer Service counters located at Level 1 in IMM.

The booklet, called Triple Treats, actually had coupons from IMM, JEM and Westgate, but it was a rather long queue to wait for the coupons. Plus there were varying terms and conditions. And it so happened that the coupons for Café Manuka are only applicable for weekdays. Oh well…

Nonetheless, we thought this looked like a nice place to chill, and it was not crowded. Plus the picture of the savoury crepes was enough to lure us in… Oops, we were supposed to be here for drinks!

END_OF_DOCUMENT_TOKEN_TO_BE_REPLACED

We had originally intended to go Hai Di Lao at IMM, but upon hearing the 3-hour queue, we changed our minds 😛

Walking past the various eateries, we saw a relatively empty Huang Ting, and it was having a 1-for-1 for its $68++ 6-course set meal, which consisted of an appetiser dish of Deep-Fried Yam with Sea Perch Tossed in Mayonnaise accompanied by Black Fungus and Juliene Cucumber in Fruit Vinegar 沙律香芋鲈鱼拼果醋云耳青瓜, shark’s fin soup, Sautéed Live Prawn with Fresh Lily Bulb and Zucchini 鲜百合鲜虾炒翠绿瓜, Poached Angled Luffa with Fresh Scallop and Conpoy in Superior Soup 上海干贝带子丝浸胜瓜, Stewed Mee Pok with BBQ Pork in Hong Kong Style 港式叉烧焖面, and dessert of Cream of Sweet Potato 番薯泥.

The manager was trying to entice us with shark’s fin (which we do not wish to eat), and its chef from the apparently very famous Hua Ting in Orchard (which we have not heard of before)… But they offered a replacement of the soup, and so we decided to give it a try. We opted for the Shark Bone Cartilage Soup 鲨鱼骨汤, which turned out to be really yummy!

We thought that food in general was very fresh and of good quality, and we enjoyed every item, including the hot dessert which was not overly sweet. Of note, the mee pok was thinner than usual but cooked to our liking, not too firm and not soggy.

The wait staff were rather attentive, and refilling of the free warm water was prompt without us having to request. They would follow up with a gentle reminder to be careful of the heat. Each item was served in succession, and very well-paced. Gotta say we left with happy and filled bellies 🙂

This seemed to be a relatively new restaurant, and the January promotion of a Deluxe Don Special caught our attention.

We entered the restaurant around 6.45pm, and the waitress very enthusiastically informed us that all food orders (excluding drinks), were entitled to 20% discount, if we ordered before 7pm. Hence, we just quickly browse through the first page of specials and placed our orders, plus an additional sashimi platter. After our orders had gone through, another waitress came to inform us that specials on the first page were not entitled to discounts… Well done! Truth to be told, now that we had a chance to slowly browse through the menu, there was indeed very fine print on that specials page indicating that there was no discount available. We guessed that the waitresses just needed more training.

END_OF_DOCUMENT_TOKEN_TO_BE_REPLACED

Our legs were near breaking point by the time we reached IMM Building, so we decided that it was time for an early dinner. This place looked rather lively, so we thought of trying out some of the stuff:

The gravy used in all the side dishes had a strange 沙茶 taste to it, and we did not really like it.