[Here is the photostream of Bhutan 2013 Day 6, for those who prefer pictures to tell a story. 🙂]

We had Bhutanese buckwheat pancakes for breakfast today 🙂 It was very dense and had a slight bitter taste to it, but it went well with the fried eggs with oozing egg yolks. Dorji said that they usually eat pancakes with chilli.. haha! By now, we were quite good at eating ema datshi during lunches and dinners, but we just couldn’t imagine having chillis for breakfast… We also shared our failed experiences in keeping our fire going, and Dorji promised to help us get some “fire starters”. 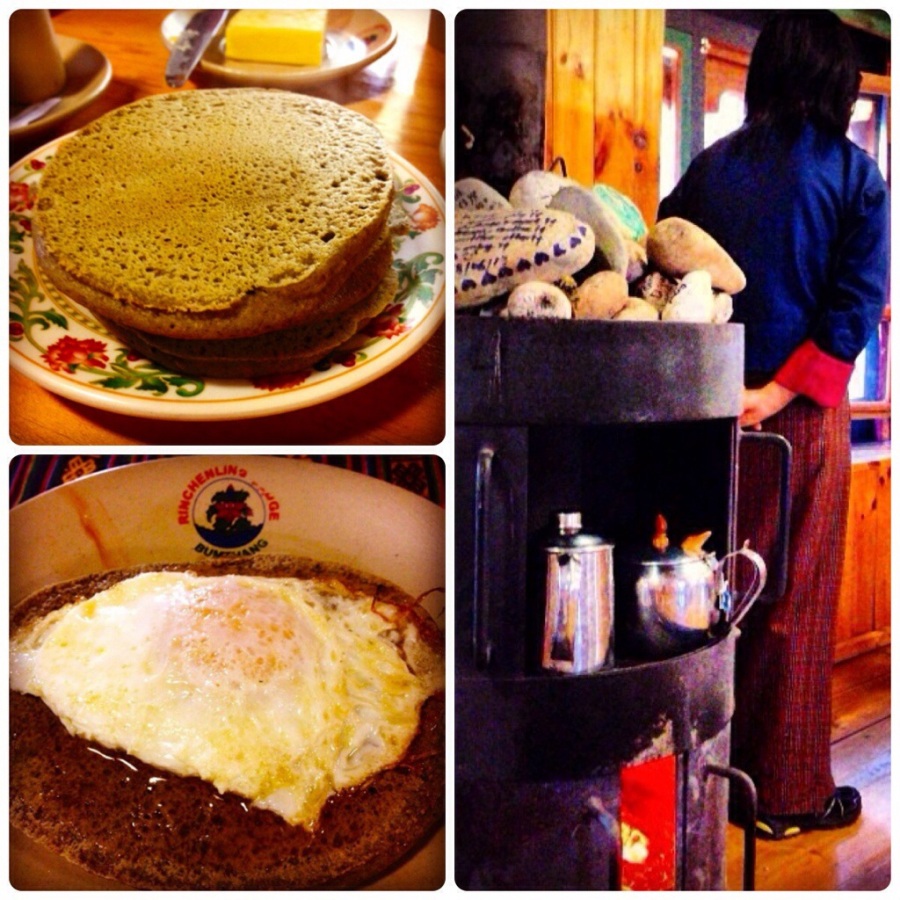 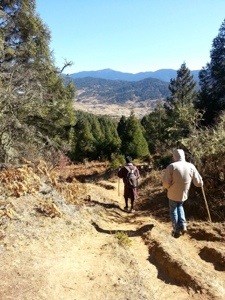 Here we start on the hike!

Our car was working well today, because Milan had sacrificed his sleep by waking up at 01:00 and 03:00 to start the car engine to keep it warm (aka “hunting the car”), thank you very much Milan! It was about 1.5 hours drive to reach the top of Ura Valley, where we started our 2-hour hike down to the valley. Dorji had brought along 2 walking sticks for us, how thoughtful of him!

Stolen treasures were filled by rocks

Along the way, he pointed out some local plants and birds, and also the “lime” that the locals used to paint their house white… natural paint! We also passed by some stupas along the way, which were built as a directional guide, as well as for blessings, and usually had some valuables inside them. Dorji shared that there were some people who had tried to steal valuables that were buried within stupas, which was why the stupas we saw had parts that were newly replaced. It seemed that these thieves were not successful and were caught eventually. So there were people with greed everywhere, even in a country where Buddhism seemed so ingrained in the minds of the people.

It was quite a lovely hike but we needed a toilet break (badly) at the temple when we reached the valley floor. Dorji warned us that the toilet was not clean, but actually it wasn’t so bad. The cubicle was dry and basically like our old kampong-style toilets, with a hole in the middle. It was clean actually, but just a bit cold.

Lunch was picnic at a spot especially selected by Dorji, where we could get a good view of the valley, and the winds weren’t so strong that our food would be blown away. Lunch included hot tea, rice, potatoes, cauliflower, ema datshi and beef jerky (with chilli) that was really tough but very flavorful if you chew long enough. Dorji fed the leftover food to a dog who came over when we were halfway through our lunch, and yes, the dog enjoyed the chilli 😮

After lunch, we travelled to the Burning Lake (Mebar Tsho), which was not exactly burning, but got its name because Terton Pema Lingpa had jumped into the lake with a burning butter lamp, and came out of the lake with the sacred treasures (statue, script and ritual skull) in one hand, and the still-burning butter lamp in the other hand. 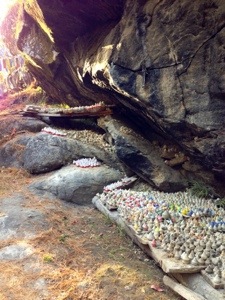 Mini stupas along the way

We could hear the sounds of the water while walking down the steps, but yet, when we went near the lake, it was curiously quiet. The steps down used to be without railings, but there had been a couple of accidents which resulted in death in this place in the last few years. Dorji said that they were all tourists who were without a guide, and it appeared that the first pair had been disrespectful of the place, smoking while walking down, while the other couple did not stay on the usual path and had accidentally fallen into the lake. 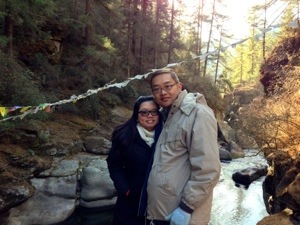 We returned back to our hotel after this, and dinner today was served buffet-style. I especially requested for some ema datshi, as by now I was quite addicted to it, and it helped to keep me warm. The black fungus (or jelly mushroom) was very tasty! And as usual, the potatoes were very good too. Shortly after dinner, Dorji came along with some small strips of wood that had a lot of sap. He told us that these were easily flammable, so it would be easier for us to get the fire started. He also requested the staff to give us smaller pieces of firewood, which would also be useful to get the fire going. The small strips worked like a charm and one matchstick was all it took! 😀 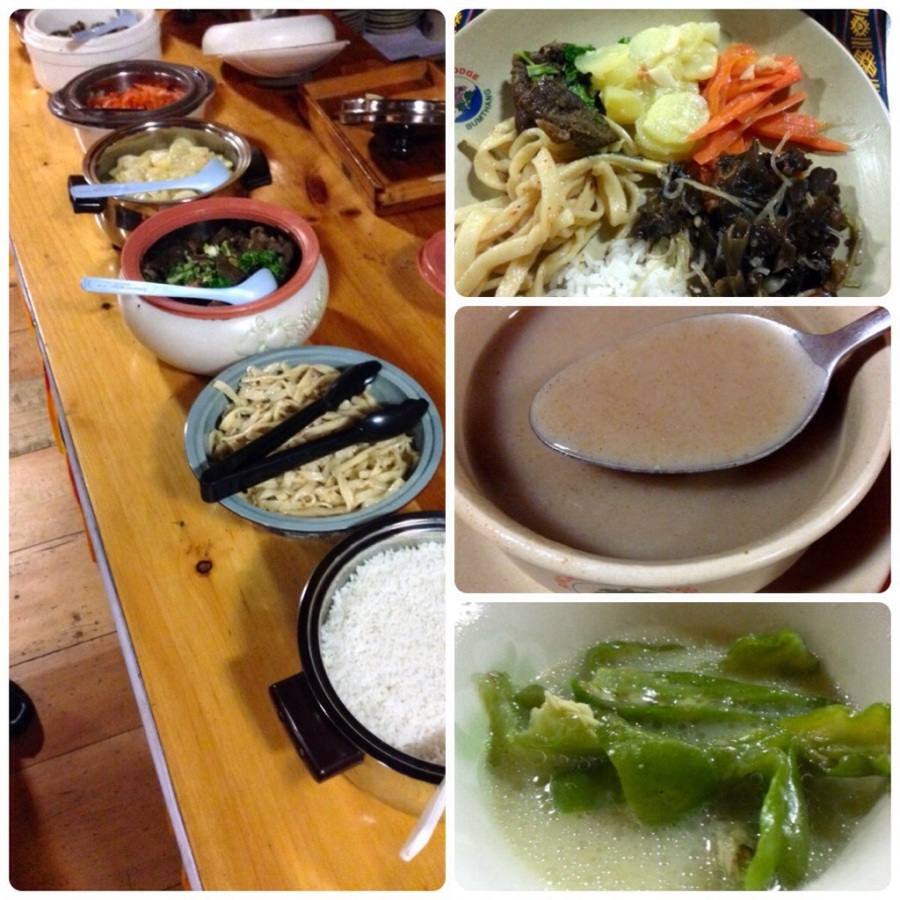