Posted on 9 December 2015 by lendeliz 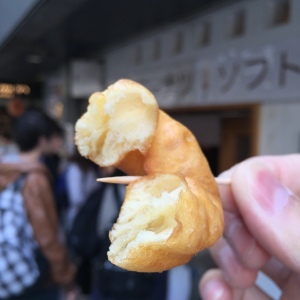 A first-time trip to 京都 Kyoto would probably be incomplete without paying a visit to 錦市場 Nishiki Market. Despite being a Wednesday, where some shops were closed, there were actually still plenty to see, and it was less crowded too.

We had fun strolling around, just looking at the merchandise, and also snacking along the way. The popular soy doughnut shop was opened, and we got ourselves some Soy Doughnut (¥300). A pity it was not piping hot, but still not bad. It certainly tasted different from the soy doughnut that we had at 嵐山 Arashiyama. 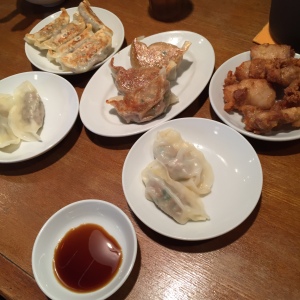 Ms V had wanted to try some 餃子 gyoza, and we chanced upon 万豚記, a Chinese restaurant that served pretty delicious gyozas!

We tried 3 versions – Boiled (¥330+8% tax for 6), normal Pan-fried (¥330+ for 6), and the Pan-fried Big Pork Dumpling (¥360+ for 3). We highly recommend the large sized one, as it was really juicy! The interesting thing was that the fillings tasted different for each type, and we did not feel like we had an overdose of the same stuff.

For variety, we also order Chicken Karaage (¥280+), and the chicken was also tender and juicy, but slightly oily. We saw the huge mountain of fried rice that other customers were having, but we did not order rice, as we wanted to try more snacks in the market! 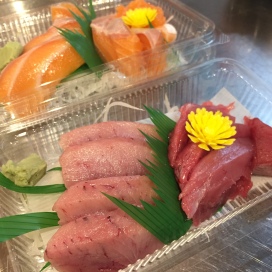 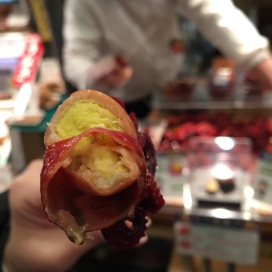