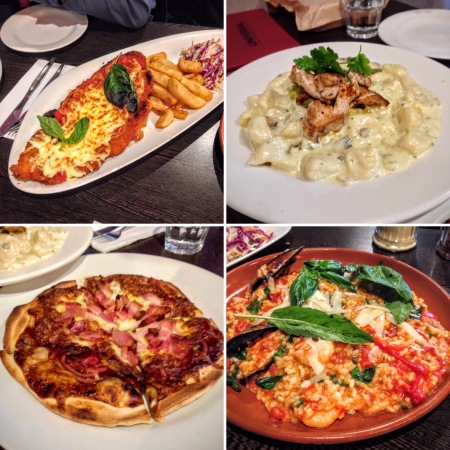 We were back to Lygon Street for a late lunch after visiting the Queen Victoria Market, and saw this very popular restaurant with queues still forming despite being close to 2pm already.

But we were mostly attracted to the humongous pieces of schnitzels that we saw as we walked past the diners seated in the al fresco area that we eventually decided to try it.

We also had to wait quite a while after ordering (approximately 30 minutes), because it was so packed with customers who ordered schnitzels after schnitzels!

Since we were (made) rather hungry (after the wait), we decided to have: