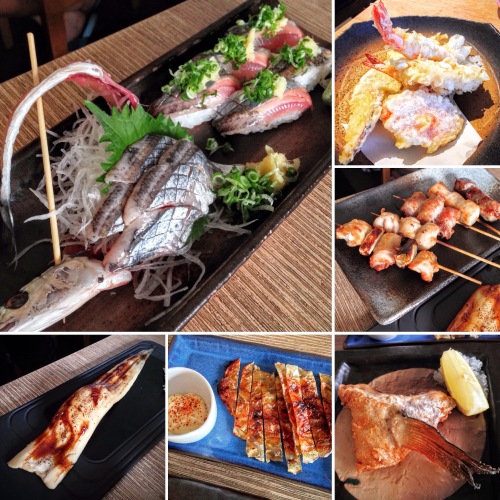 Despite its rather obscure location, this place is certainly very popular!

We decided to come here thinking that it was quite near to the Singapore Indoor Stadium, where we would be catching Kit Chan’s concert later!

Being autumn, we wanted to try the Sanma Sashimi and Sanma Sushi ($20++), and this was definitely the highlight of the dinner. The fish was fresh and quite sweet. Would have been better if it was abit fatter, but it was still delicious!

We also had the Salmon Kama ($2++) Salmon Collar, which was quite value for money, despite the small portion. Eh, it’s $2, and yummy!