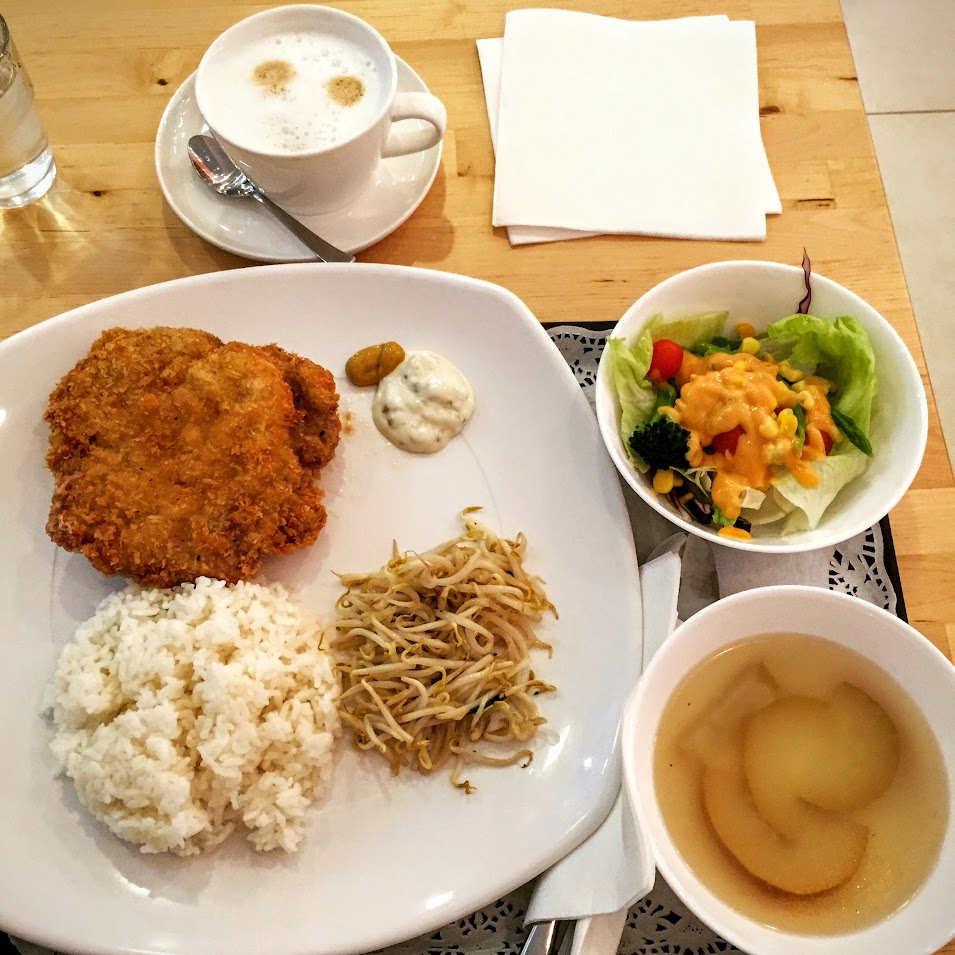 This appeared to be a new kid on the block (we realized later that it had only started operating from 1 Jun 2015), so we gave up our usual haunts and came here for dinner instead 😛

Besides beautiful cupcakes and brownies prominently displayed in the fridge, Postre serves main courses which come with vegetables, dessert, fruits, soup of the day and coffee/tea, and without GST or service charge, so it sounds really affordable!

Hmm, the tea was actually quite pricey for the tea dust sort of Twinings… But the rationale was because it was by the pot, and refillable. Well, but the tea would be quick weak after the refill… Anyway, it was definitely more worth it to “upgrade” with a main course than to order the tea ala-carte. Hubby enjoyed the aromatic and strong coffee that was quite acidic. We enjoyed the relatively big almond and chocolate chips cookies that came with the coffee!

When our main courses arrived, we were firstly rather amused by the “fusion” look; with Chinese-style old cucumber soup AND Western salad. Hubby’s pork cutlet was served with rice and beansprouts, again, a sorta East-meets-West.

The batter of the pork cutlet was lovely and the frying was done very well. The thick meat was slightly on the tough side, which made chewing slightly tiring towards the end of the meal. The pork taste was also quite strong, so it might not be suitable for everyone. 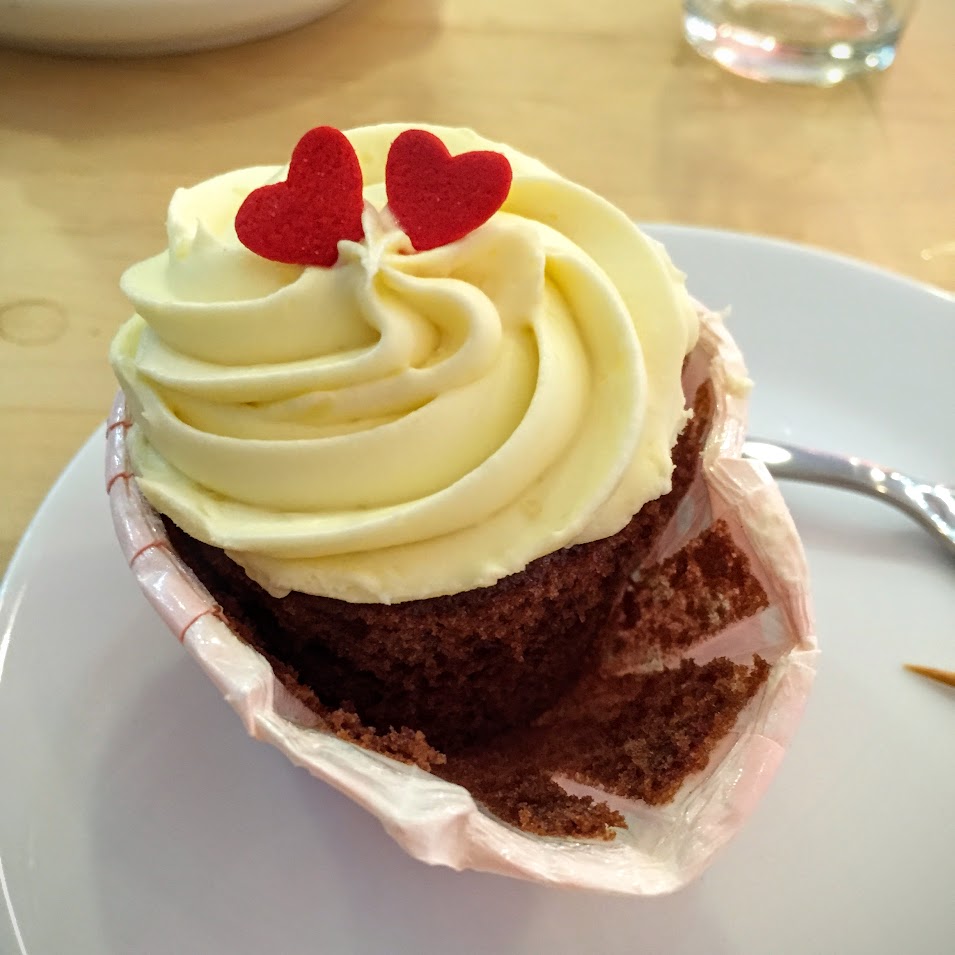 The spaghetti came with 5 large prawns and lots of fresh tomatoes, and I enjoyed the tangy-ness! Would be better if there was more parsley. I think the side salad deserved special mentioning! Usually the accompanying side salad would be a few sad slices of lettuce or cabbage, but this one had a surprisingly wide variety of cabbage, broccoli, asparagus, tomatoes and corn! It was also abit too generous with the thousand island sauce 😛 Today’s dessert was a slice of water melon, and it was a refreshing way to complete our meal. Each set was actually quite filling and value-for-money at such prices.

We were each given a cupcake for free 😀 While we are really more of the muffin-types, we rather enjoyed the cupcakes, and the not-overly-sweet cream cheese toppings 🙂 Thank you Postre for the treat!!

We were the only customers while dining there, but there were a few who came in to enquire about prices – you could DIY the design of your cupcakes, or attend baking classes here.

They also take orders for parties and stuff. Quite a nice quiet place to wind down for a weekday evening 🙂 We will just have to see if they manage to survive along this stretch of eateries…