We made our way to 永康街 Yongkang Street after breakfast and walking around 華陰街 Huaying Street. We were here the last time using LadyIronChef’s article but somehow we didn’t recall seeing the street as it was now. Haha…

We were just walking around after exiting from the MRT station, and were quite shocked at the rather high price tags everywhere! So we were just strolling along when we saw a huge crowd at 思慕昔 Smoothie House and another smaller crowd at 天津葱抓餠. 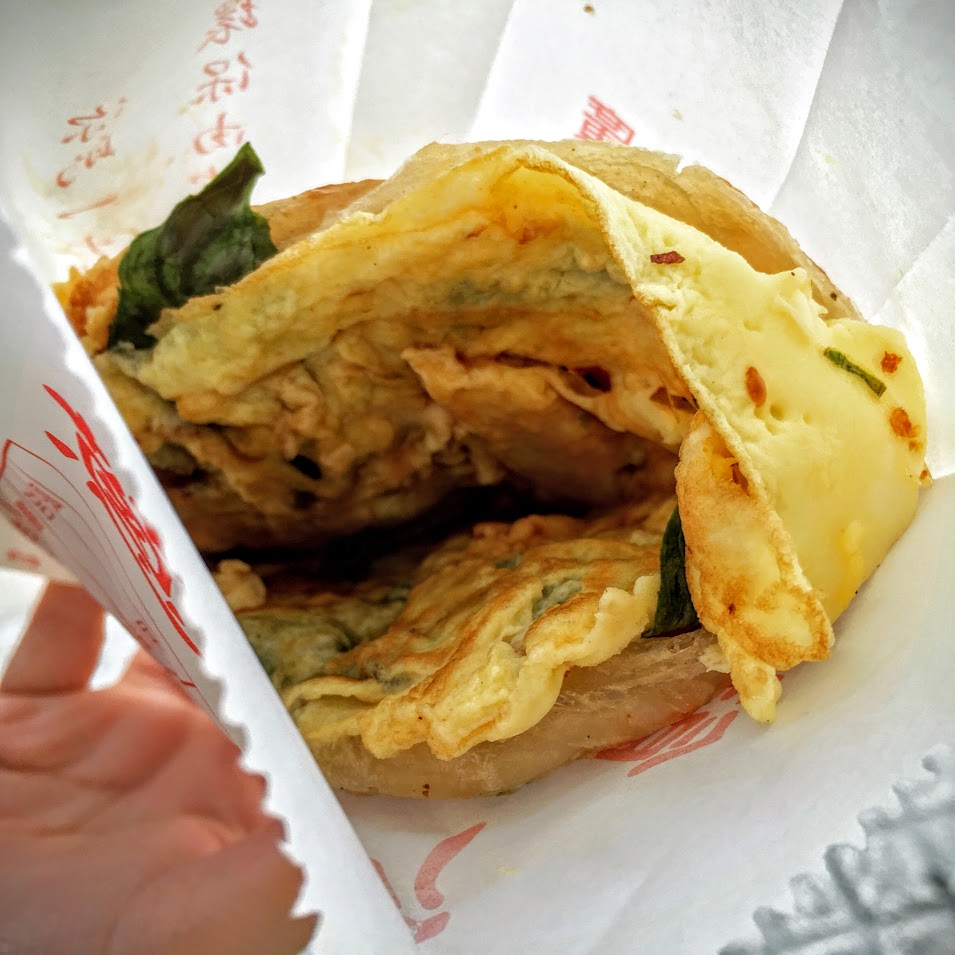 We had read about this 葱抓餠 online and decided to get a 九层塔加蛋 Basil and Egg Flavour (NT35). Despite the smaller crowd, it was a relatively long wait because the stall was also preparing a huge order at the same time – the size of a box of 5-rim A4-size paper worth! So for every 5 prata made, they would take one order from the queue. By the time we got our food, the queue has grown really long!

This is one of the “popular queuing food” 知名排隊美食 on Yongkang Street. We observed that the helpers would use the spatula and hit the prata to make it fluffy and full of texture. Then he would pass to another helper who would put it on top of an egg and add other ingredients like ham, cheese, and basil. Eaten while hot, this oily prata was quite fragrant and the basil gave a refreshing lift to it. 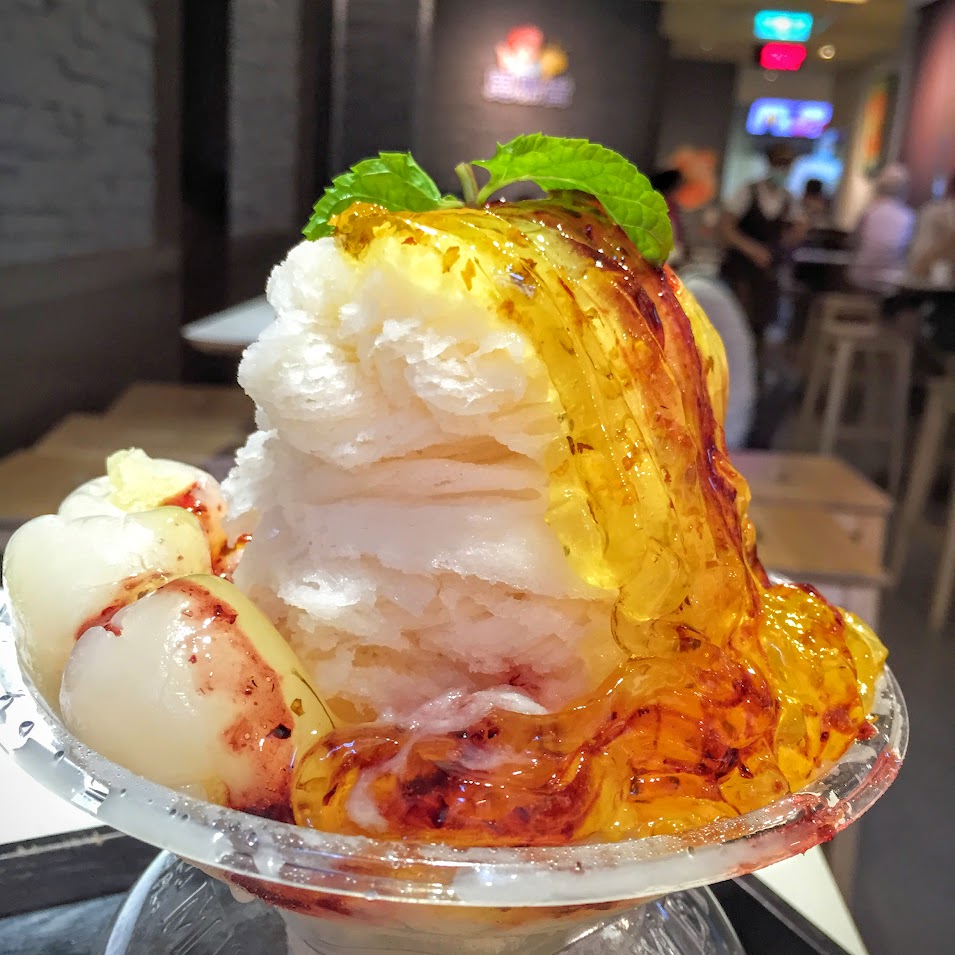 思慕昔 Smoothie House
It was such a hot day today, and we were very impressed by the huge crowd so willing to wait under the hot sun! We had originally wanted to walk by already, but while visiting the Pintoo puzzle shop next door, we noted that there was actually a level 2 sitting area, so we wanted to just take a look. The queue here was definitely much shorter, and there is a time limit of 60 minutes per table, so we managed to get seated within 10 minutes.

We got ourselves a 迷你荔枝杯 (NT130). It came with strips of 桂花凍 osmanthus jelly and 鹹桂醬 salty osmanthus sauce. The icy combination of sweet, sour and salty was very refreshing! Since we seldom eat desserts, we could not judge if it was really far superior than the other dessert shops selling similar stuff, but we did enjoy this dessert very much.

We noticed that this shop also take in reservations for tour groups, so perhaps that is one reason why it is always so crowded.