華陰街 Huaying Street is very near to 台北轉運站 Taipei Bus Station and also known as 台北後火車站商圈 (Back of Taipei Train Station Business Area) and is just behind our favourite breakfast place 老園環食品, so that was where we went after breakfast. We then realized that most of the eateries are only open from noon onwards, except for a few pushcarts.

There were also some local department stores. Do not be deceived by the small shop front; we went into one that had 2 floors! The stores are very similar to what we have in Singapore, selling all sorts of daily utensils and what-have-yous. Walking here could easily be mistaken as walking in Toa Payoh Central!

We walked through the entire street and very soon it was time for lunch!

We had the following for lunch: 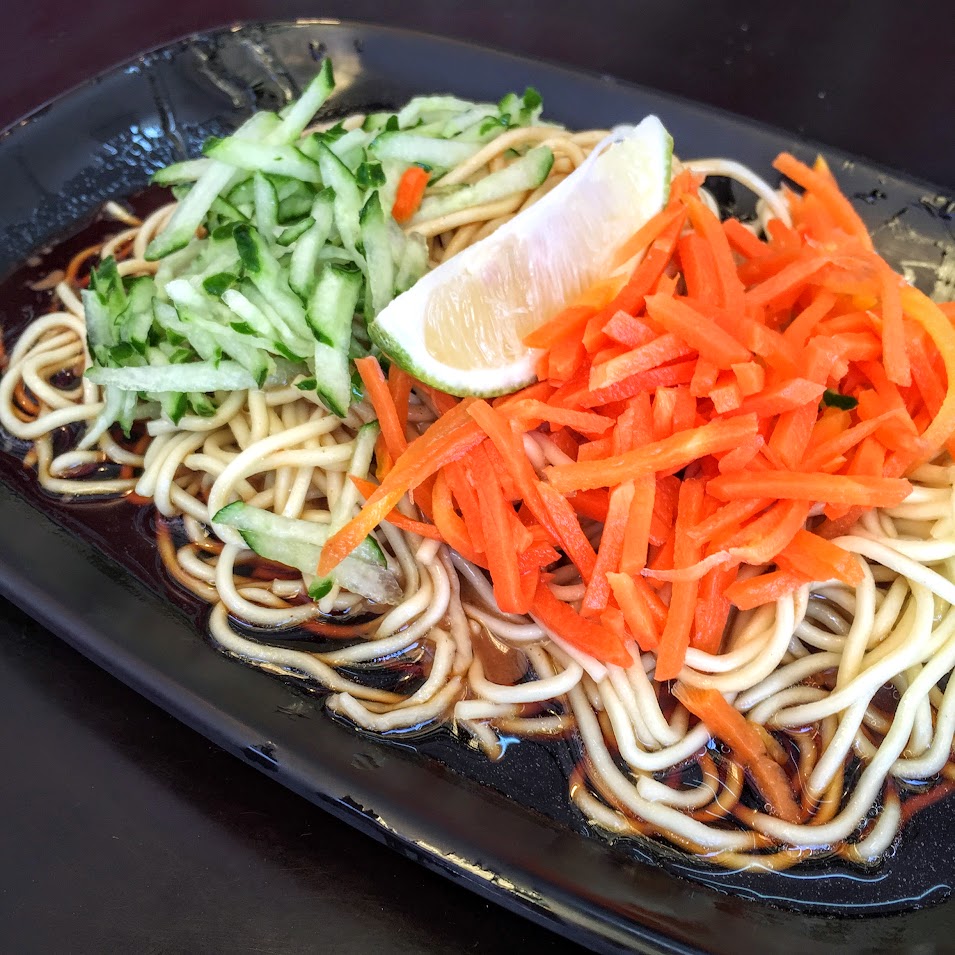 小食堂手工涼麵
We shared a small 麻醬涼麵 Sesame Cold Noodle (NT40), and boy, this was a refreshing plate of cool noodles, with crunchy cucumbers and carrot slices! We had tried cold noodle on our very first trip to Taiwan back in 2009 and hubby has been craving for it ever since. The texture of the noodles was firm but not hard, and the sesame and soy sauces complemented the noodles very well! 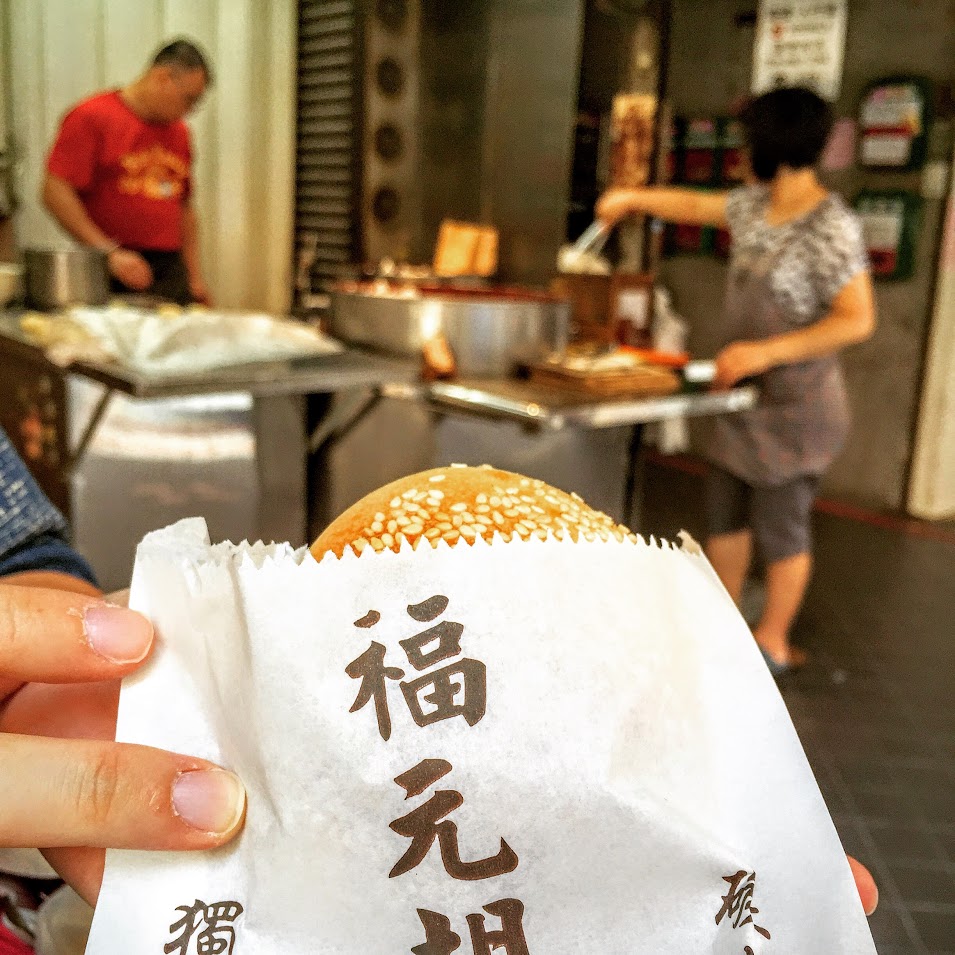 福元胡椒餠
We were lucky that we caught it at 12 noon, its opening hour, because this is supposedly one of the “popular queuing food” 知名排隊美食 on Huaying Street!

At NT45 per 胡椒餠 Pepper Bun, this pepper bun is not exactly cheap, but it was huge with generous chunks of pork meat that were marinated with lots of pepper! As we bit into the crusty bun, we could sniff the fragrance of the sesame seeds and spring onions. Pretty filling treat when eaten hot! Though the pepper taste was not overpowering, it lingered on in our mouths for quite a while after we were done eating.

There were not that many eateries along this stretch, but we were quite satisfied by what we had tried 🙂