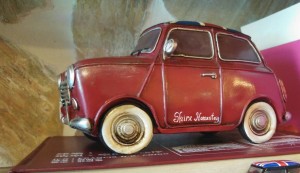 Staying overnight at 宜蘭 Yilan county was almost a last resort, as we had initially thought of going 台東 Taitung during this trip. But we had started planning too late, and as information about 台東 Taitung was not as readily available as 台北 Taipei, we ended up deciding to just stay in 台北 Taipei. We were unable to get lodging at CityInn Hotel for Saturday, and that was when we decided on an overnight trip to 宜蘭 Yilan.

There are 3 main train stations in 宜蘭 Yilan, namely, 礁溪 Jiaoxi, 宜蘭 Yilan, and 羅東 Luodong. We had thought of going to 礁溪 Jiaoxi to see the famous 五峰旗 Wufengqi Waterfall, but clumsy me sprained my back while attempting to reach out for a pack of vegetables couple of weeks before the trip, plus the weather might be too cold for hot spring, so we figured that it was probably not much point staying at 礁溪 Jiaoxi. There appeared to be much more things to do near 宜蘭 Yilan Station, but we ended up choosing to stay at 羅東 Ludong, as we knew we would be ending our night at a night market, and 羅東夜市 Ludong Night Market is reputed to be one of the more famous ones. 🙂

Once we decided on our location of choice, we begun to plough through countless of blogs in search of a convenient, affordable, pleasant, and still available minsu. 夏爾民宿 Shire Homestay caught our attention:

We made reservations directly via their website, and as we were foreign visitors, we just needed to email them and did not have to pay any deposit upfront. There was also a clause to bring our own toothbrushes and toothpaste. I think the minsu owners aimed to be more environmental-friendly, but we brought disposable ones, so I guess it kinda defeated the purpose :X 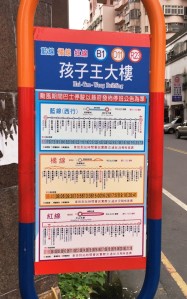 On the actual day of arrival, we were lost after leaving 羅東火車站 Luodong Station, as there were some on-going constructions, and we were unable to find the bus stop. A quick call to the minsu owner, 小蘭 Xiaolan, and we were directed to the 孩子王大厦 Hai Tzu Wang Building Bus Stop a short walk away (from the station exit, turn left and walk past the taxi stand, and continue walking straight till the end of the road). It was a good idea to wait here, because there was a covered seating area at this bus stop, and it could be an half-hour wait for the next shuttle bus.

Soon enough, the shuttle bus arrived, and we hopped on happily!

We had originally intended to arrive at 羅東 Luodong earlier to check out the town area, but we ended up spending quite a fair bit of time at 宜蘭 Yilan, and also took the train in the opposite direction, thus arriving at 羅東 Luodong at the late afternoon. 小蘭 Xiaolan reminded us that we could treat the shuttle as a sightseeing bus to see the town area, and indeed, the shuttle went to many parts of the town area, so we had a good time on bus. The minsu is at the terminal stop, and the ride was about 30 minutes. From the minsu bus stop, there was another one-way free orange shuttle bus that will reach 羅東 Luodong Station in 20 minutes.

小蘭 Xiaolan was out running errands when we reached the minsu, but her friendly sister was in the house to let us in, and to show us the common area and our room on the 3rd floor. The room was very spacious, and the bed comfortable, but the slight let-down was that the rain shower water pressure was not very strong.

We had a short rest before taking the shuttle out to 羅東夜市 Luodong Night Market. When we returned, 小蘭 Xiaolan and Ivan were already back home, with Ivan setting up fire at the fireplace (yes, the real deal, something similar to what we saw in Bhutan), and 小蘭 Xiaolan had their 2 glasses of red wine ready. They were most friendly, and invited us to come join them for supper, as they had bought some cakes. 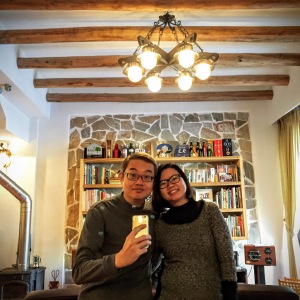 We went back to our rooms to drop our stuff and freshen up, before joining them at the common seating area, just chit-chatting and hanging out. We loved the relaxed atmosphere here!

Soon, we were joined by another couple from Hong Kong, and they too, had bought this famous 奶凍蛋糕 Custard Roll Cake from 諾貝爾奶凍 Cake Nobel, to share.

The Hong Kong couple shared a common interest with the minsu owner – wine tasting, and soon, Ivan was sharing all the exotic wines with them! He offered us a drink too, but too bad, we were not really drinkers. But we were impressed with their generosity and genuine joy at meeting others who share their common interests. 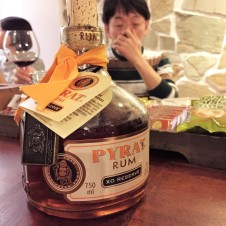 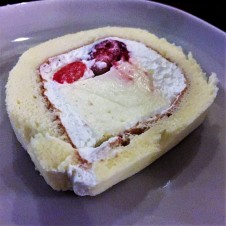 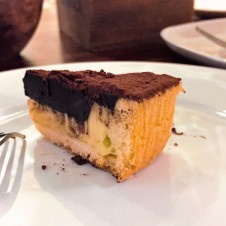 As we continued to hang out and trade stories of our holidays and life back in our countries, the third Taiwanese couple had returned, bloated from the very delicious dinner at Shen Yen Teppanyaki. Apparently, this was a very popular restaurant, and always full-house for dinners; in fact, this Taiwanese couple had made reservations 2 months in advance 😮 Just as we were lamenting that we did not do sufficient research on the food places here, and would not have a chance to try it, 小蘭 Xiaolan offered to help us call to enquire about lunch reservations the following day. We were lucky enough to secure seats, yeah!! 😀

So the 8 of us continued with our chatting, while trying out the cakes. Ivan, being in the tourism industry, also gave us some recommendations on where to go for our next trip. For the record, we definitely need to go 蘇澳 Suao for the 蘇澳冷泉 cold spring, 台東 Taitung for the 熱氣球 hot air balloon and 蘭嶼 Lanyu for the 飛魚季 Flying Fish Season!

The Taiwanese couple were from 桃園 Taoyuan, and mentioned that visiting 桃園 Taoyuan using public transport could be a little of a hassle, and the Hong Kong couple gave some tips on where to go drinking in Hong Kong, while we shared our favourite places to have crabs in Singapore. We were enjoying ourselves so much that we did not realise that it was already past 1am 😮 Amongst the few times that we had stayed in any form of minsu or bed-and-breakfast, this was our first time being so sociable, haha! It was a truly enjoyable highlight of our stay here 🙂 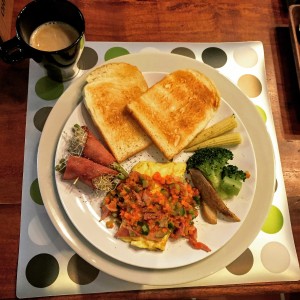 The next morning, we were greeted with breakfast, which consisted of omelettes freshly cooked for each couple, as we arrived at the dining area.

Breakfast was hearty and delicious, and we woke up extra early for it, as the Taiwanese couple had advised that we might want to go to Shen Yen on an empty stomach 😛

After breakfast, we packed up and left our luggage with the minsu, before going for a stoll at the nearby 羅東運動公園 Luodong Exercise Park (which we found out later incidentally that Ivan was involved in it’s designing phase), before going for our long lunch.

After lunch, we strolled back, collected our bags, and managed to shuttle back to 羅東轉運站 Luodong Bus Station, before taking the bus back to Taipei.

We were glad that we decided to stay here! Hope that we will have a chance to return in future 🙂