As part of our redeem-voucher-coz-Starhub-points-expiring exercise, we had a 1-for-1 $60++ 6-course Omakase deal at Ishinomaki Grill and Sake. It was a fairly popular place for Saturday lunch, and there were at least 2 other couples enjoying the same deal, all seated at the same corner of the restaurant. 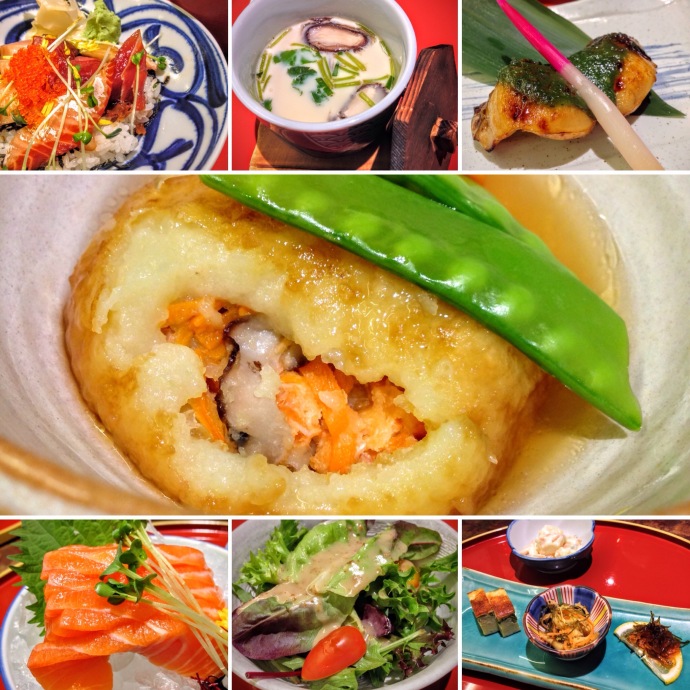 We were served potato salad as the appetiser prior to the start of the omakase lunch. Pretty standard.

The couple next to us arrived later also had the same omakase deal, but they were served cod first, before the sashimi and chawanmushi. And they didn’t have any dessert. It was kinda weird, since we thought there should have been a proper sequence for the food?

But for this price, it was really quite value-for-money, despite some of the misses.