A relatively new kid on the block, we decided to satisfy our dim sum cravings here!

Our first impressions was that this was a kids-friendly restaurant, as there were corner bumpers at all tables. The other 2 groups of customers all had kids in tow. Food started arriving within 10 minutes upon ordering. 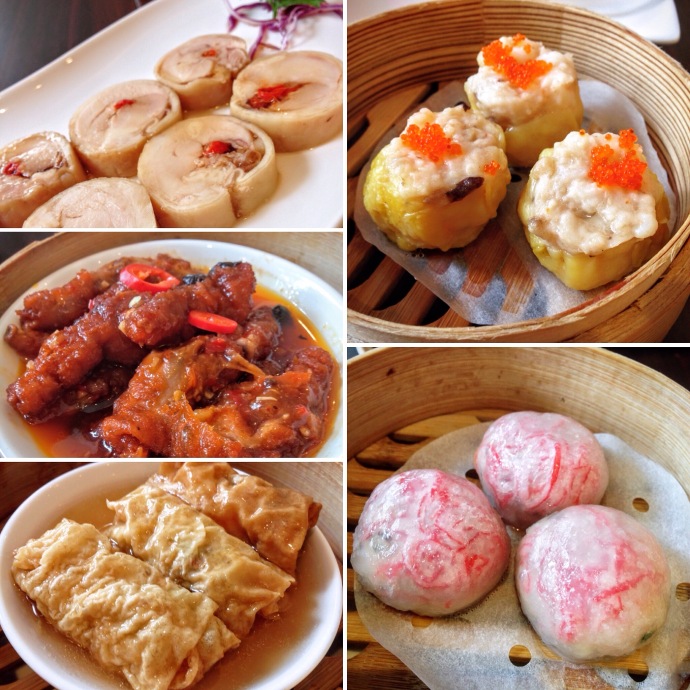 Note: Wet tissue and water are chargeable at 30 cents and 60 cents per person, respectively.

Being a relatively new restaurant, we felt that there were definitely room for improvement. They did not appear to be ready for business, despite being more than 30 minutes past opening hours. There were plenty of empty tables, but we were not allowed to take the sofa seats at a quieter corner, because these rows of tables were meant for 5 pax or more. Instead, they wanted us to squeeze into one corner with another occupied table.

No other new guests appeared throughout our meal, and when we were about done, a couple entered, and were led to the exact table which we requested for.

We were led to a table with 5 sets of cutlery (and 1 set was all over the table), but only 3 cups. And the staff asked the guest sitting at the next table to help to switch on the aircon 😮 They were most zealous about wanting us to make our orders (they came by our table 3 times in 10 minutes), and we soon realized that it was because a password was required after keying in our orders in the iPad 😮

Things went rather smoothly after the initial hiccups 🙂 Staff were quite friendly and pleasant, and we learnt that their xiao long bao and shrimp dumpling were made at the dim sum kitchen in Marina Square, hence these items would usually be available at 11+am. Maybe the next time 🙂