[Here is the photostream of Bhutan 2013 Day 2, for those who prefer pictures to tell a story. 🙂] 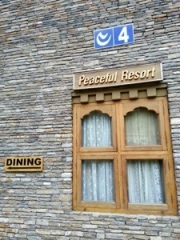 Woke up bright and early to have breakfast at 7:00 so that we can some time after breakfast to check out the rest of the hotel. We liked the beautiful flowers that were blooming in the little gardens! Then we realised another advantage of arriving at the beginning of breakfast time – we would definitely get hot food! However, breakfast was only ready around 07:15, so it might be a bit difficult if one was in a rush… 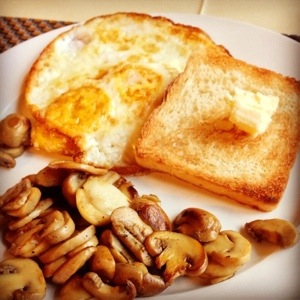 Breakfast items included cereal (very crunchy and delicious), porridge (quite bland with some diced vegetables), twin fried eggs (2 eggs were fried to resemble a huge fried egg), mushrooms (we love!!) and toast with choice of butter, jam and honey as spread.

Then we set out at 8:30 to Dochula Pass to catch the Dochula Druk Wangyel Festival, which is a local festival organized by the military every year on 13 Dec. I decided to eat meds for motion sickness today and ended up sleeping most of the time when we were in the car moving from altitude 2320m to 3100m. Well, at least I did not feel giddy today 🙂

When we arrived, the festivities had already started. The performers were dressed in vibrant colours and did dances, songs and some acts. There were also some performers whose duties were to ensure that the spectators were kept in high spirits, so this guy kept coming by to tease us with his stick (made to resemble male’s private parts – got something to do with the divine madman legend) and made everyone else laugh. I couldn’t understand what he was saying, and he pretended that his stick was a phone and started a conversation with me… kinda odd… haha. There was also this yogi master who sat through 4 performances topless in the freezing weather… we were just so impressed by his endurance!

The VIPs for the day were the one of the four Queen Mothers and the Prime Minister. Unfortunately we did not get to meet them personally because we left the place just before they made their rounds to chat with the spectators (which we found out after a chance encounter with hubby’s friend later in the afternoon)… we were just too cold despite all our thermal wear! I think it was sub-zero this morning, with the place so misty, it didn’t felt real. 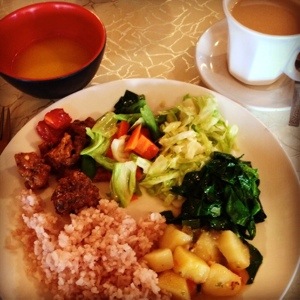 We had buffet-style lunch at the Dochula Cafeteria nearby which had a traditional fire place that is heated by firewood. This time there was red rice (hubby loved it but I felt that it was too soggy), chicken (slightly spicy with crushed bones), mixed vegetables, cabbage (very crunchy and yummy), spinach with butter, potatoes (I love this… the gravy was very nice too) and pumpkin soup.

After lunch, we headed to the Thimphu Centenary Farmer’s Weekend Market, where we enjoyed ourselves looking at the local produce, along with Dorji’s explanations and he also bought some dried cheese and some local snacks for us to try. Dried cheese was light in taste and was very hard and meant to be savored in the mouth for a long long time. on the other hand, the local snacks were quite delicious 🙂 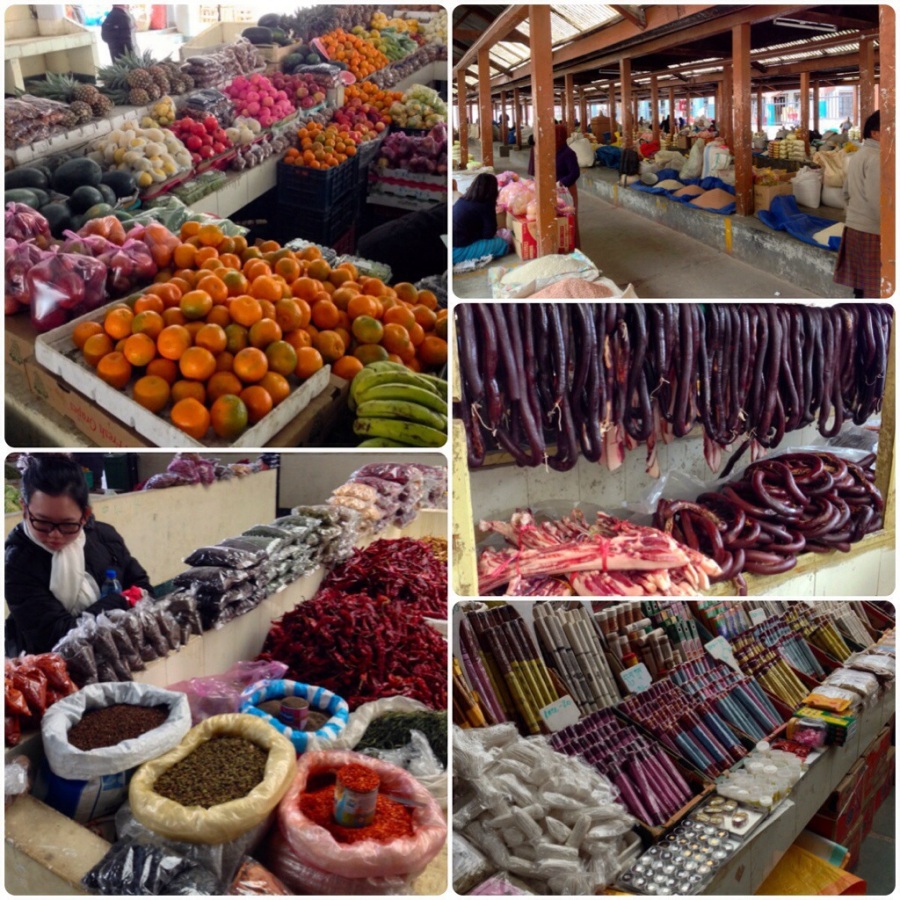 Next stop was the Folk Museum, which was unfortunately closed when we reached. It was supposed to be opened, but we couldn’t find any staff… So we ended up walking to the shop which was selling artwork by the students from a nearby painting school. We couldn’t visit the school as it was the examinations period, but we did find that the paintings were really pretty good, as they require great details. 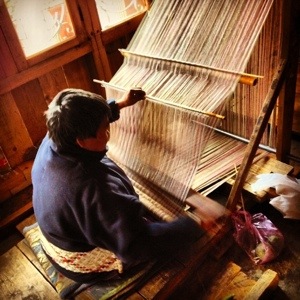 We then popped by a weaving centre, where we saw some weaving in action. It was very tough work! Each of the beautiful traditional costumes that we saw during the festival could take more than a year to make! It was also very expensive, so some families will pass down the costumes from one generation to another, always taking care to keep them properly and only wearing them for important occasions. Dorji lamented that the males did not have as many options as the females, and the costumes available to the females had many more designs… haha! 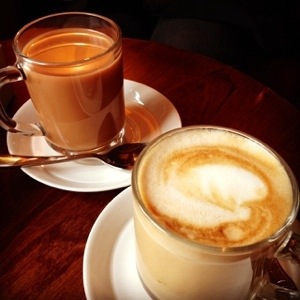 Our final stop for the day was tea break at Karma’s Coffee, recommended by Dorji, so that hubby could satisfy his kopi craving 🙂 So it was cafe latte for him, and masala chai for me. The cafe latte was aromatic, but the tea was just so-so. As we were nua-ing in the sofa seats, in came 2 new customers and one of them was hubby’s friend! What a pleasant surprise! We ended up hanging out for quite a while, and also trying out the very moist and delicious signature brownie. We tried inviting our guide and driver up for coffee when we realised that we would be hanging out much longer than planned, but they refused, so we tabao-ed brownies for them instead. 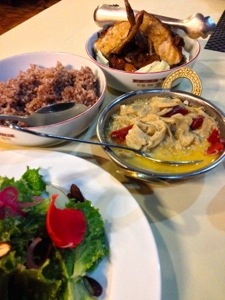 Back to the hotel slightly after 17:00, and we chilled out in our room till dinner time. Dinner was served as a 7 course meal instead of buffet style, maybe because there weren’t as many guests today. We had broccoli soup (creamy white with a hint of broccoli, and served hot, so we devoured it), red rice (better than lunch’s), mushroom with cheese (very spicy, very tasty when eaten with the red rice), grilled chicken breast (quite tough), green salad (with this very crunchy and aromatic nuts) and spaghetti (fusion style, nice!). As usual, we skipped the ice cream dessert and went back to our room to pack and chill out, thus ending our day rather early today too.