We had initially planned to take the boat ride to the outlying islands, but alas, the waters were rather choppy today, and we would rather not risk it. Hence, we settled for a fun people-watching exercise, as we observed how the locals buy seafood 😀 It was rather fascinating! 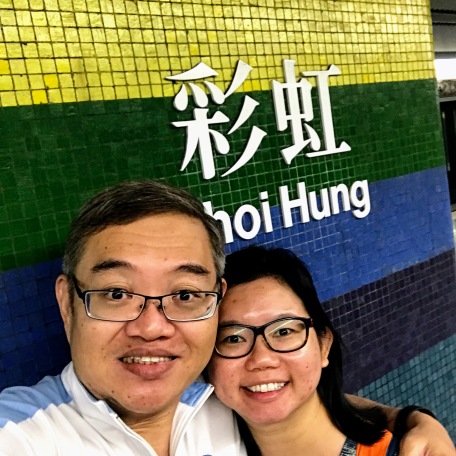 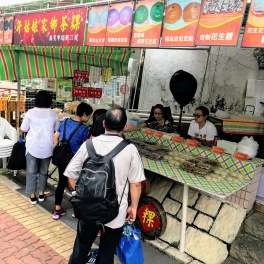 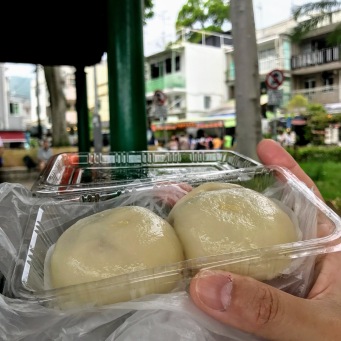 We also took a stroll in the area, and could not resist trying 蘿蔔絲茶粿 Radish Rice Pudding / Tea Cake (HKD14) from 許姑娘家鄉茶粿 Mrs. Hui Traditional Chinese Rice Pudding. Hubby enjoyed it, but I did not quite like such texture 😛

While there were quite a few seafood lunch options here, we did not feel like trying them, but decided to opt to go back to Kowloon for 一點心 One Dim Sum 😀