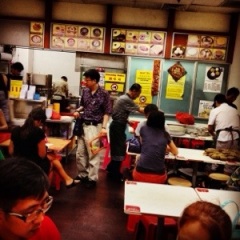 Busy from open to close

It’s an early Sunday and we were due for an Escape Game at Prinsep Street so we came earlier for a dim sum brunch!

Victor’s Kitchen has been in business for a long while and has been on many Must-Eat list also for a long while. It’s tugged in a little corner of Sunshine Plaza, and the stall floor space is not too large either. We counted close to 8 tables arranged in a school tuck shop style and diners are expected to share table (搭檯) like in Hong Kong.

There was already a queue formed when we reached around 10:15am (they open at 10:30am). The auntie let us in 5mins earlier but did not switch on the lights. She also cautioned some diners to lower their volume. Not sure if she broke any ‘rules’ by letting the diners into the stall early. 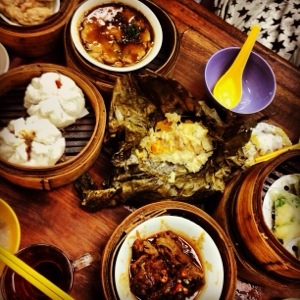 Just a portion of the spread

Since there were 5 of us, we could order quite a bit of everything to share around.

From my memory, we had: