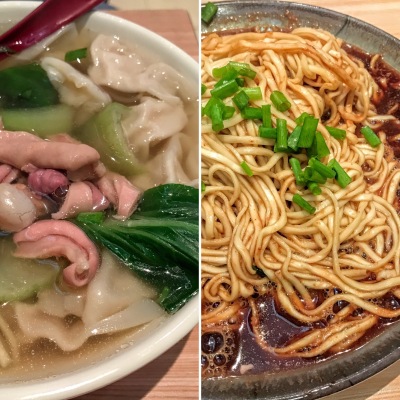 We were still feeling full from our super late and filling lunch, but we wanted to have a little supper before returning to the hotel.

We checked out the eateries near the hotel, and 沙县小吃 Shaxian Delicacies looked rather popular despite being almost 10pm (沙县 Shaxian is a province in 福建 Fujian, though we were not sure if everything served here was of 福建 Fujian origin).

We shared the following:

What a surprise find! Tummies happy and warmed, we made our way back to the hotel.