The prices actually looked quite steep, as only non-alcoholic drinks, appetisers and desserts were less than $10. Nonetheless, we decided to share half a Deep Fried Crispy Boneless Duck 脆皮手撕鸭 ($28++) and a set meal for one person ($28++ per pax), which consisted of: 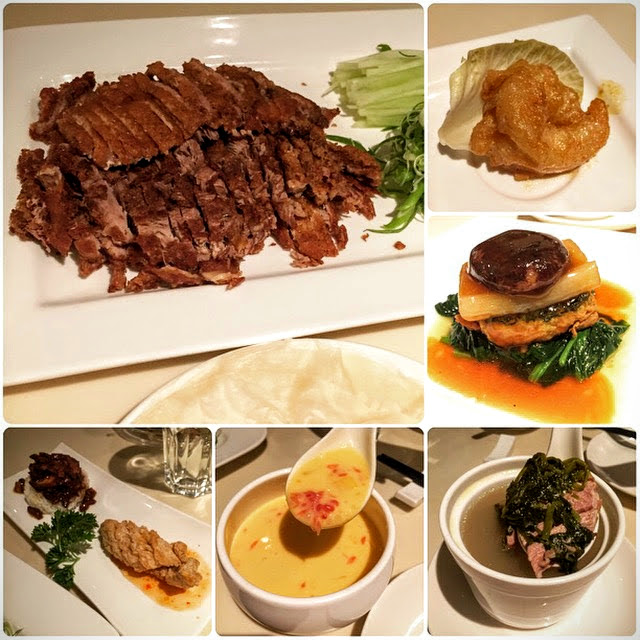 On the other hand, the duck was quite crispy, and the meat a little on the tough side. However, when eaten with the cucumber slices and sauce, and wrapped with the rice paper, the overall taste was pretty good!