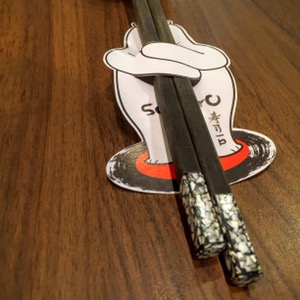 We had walked past here a few times, but never quite managed to eat here; the queue was usually very long!

Today, we had tried to call earlier to make reservations, but alas, the staff must have been too busy to pick up calls. Nonetheless, we thought of just popping by to see the queue situation.

Thankfully, the queue was relatively short (i.e. not beyond the rice dumping shop), and more importantly, we could see that some tables were finishing up. So at 12:15pm, we decided to queue for lunch 🙂

Being a 12-seater restaurant, including 4 counter seats, and 4 tables of 2 pax each, this place is definitely not a place for big groups. If you are willing to squeeze, they have an additional 7 chairs somewhere for the queue, but able to set up tables of 3s and even 4s! Everyone was rather cooperative and willing to shift a little to make space, so we now have a 16-seater restaurant. Of course, there were also some diners who chose to play with their mobile phone after their meal, hence hogging the table and earning lots of dagger stares from the queue. Not like they cared though, haha! The staff were also nice enough not to chase them away. I guess we still have lots to learn from the Hong Kong cha chan tengs.

There were 6 staff manning the restaurant today, and they were mostly a cheerful and friendly bunch. At 12:54pm, we finally got our table. 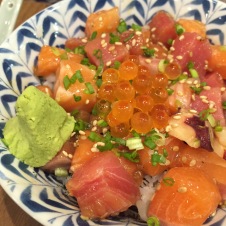 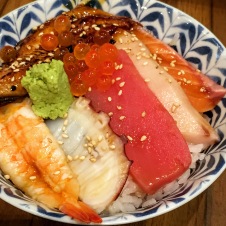 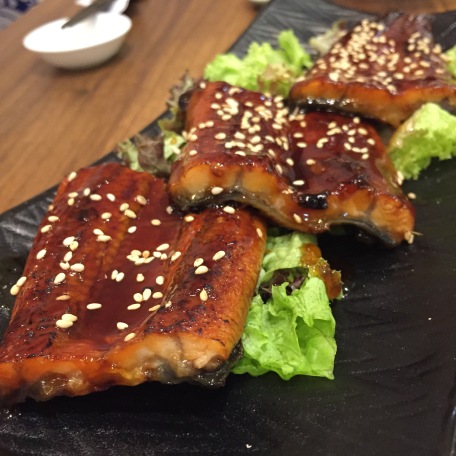 We were served our food within 10 minutes 🙂 The grilled unagi was our favourite item! The thick slabs of unagi were addictive, and the meat was firm and sweet.

Unfortunately, we were left disappointed with our mains. The sushi rice was poorly done today, and we had to chew through hard rice at times. I felt that they were abit heavy-handed with the vinegar, but hubby thought that it was still acceptable. To be fair, we also asked our foodie friend on her previous experience, and she had better rice.

The sashimi slices of the kaisen don were fresh, but was not cut well. The tendon made it difficult to chew. The salmon and tuna cubes similarly were rather difficult to chew through, and I have to admit, it is usually tough for me to find delicious tuna in Singapore, and the tuna here had a texture that seemed to suggest that they were disintegrating 😦

Would we come here again? For the price tag of the bara chirashi don, it is probably worth popping by if we did not have to queue for more than 10 minutes. Afterall, the service was pretty good, and we did think that we had come on a bad day. One cannot call itself a premium sushi bar with such standards of sushi rice, and the online reviews have mostly been very decent thus far. So, till the next time, and hope that we will have a much more pleasant experience then.