This cafe served a list of interesting specialty coffee, but when we enquired further, all except one had some form of syrup used. So we opted for a Homemade Orange Lemon Beer (RM12.50 + 5% Service Charge) and two Chrysanthemum Lattes (RM13+ for hot; RM15+ for cold). We also got ourselves some Homemade Coffee Marinated Pork Belly with Pumpkin Bao (RM20.90+), Hot Sauce Pork Belly with Pumpkin Bao (RM20.50+), and Banana Cheese Cake (RM9.90+) to share.

The Baos (or burgers) were yummy, though the hot sauce version was a tad too spicy for hubby and I. The cheese cake was not overly sweet and it was a lovely finish to the meal. Drinks-wise, the lattes were pretty good, and while the alcoholic content for the beer was rather low, for a non-drinker, I certainly felt a bit high drinking it, haha! I really enjoyed the tangy sweet and bitter drink, and it was an interesting alternative to the other non coffee options 🙂

Posted on 7 December 2015 by lendeliz

Other than 黒門市場 Kuromon Market and 道頓堀 Dotomburi, we had no idea what else we wanted to do in 大阪 Osaka, and so had only planned for a one night stay in 大阪 Osaka, mainly because it was easier to catch our 11:00 flight at 関西空港 Kansai Airport. That was when Ms V found out that there was Wizarding World of Harry Potter (WWHP) in Universal Studio Japan (USJ), that launched in 2014. To go, or not to go?

We had read all about the crazy crowds in the morning awaiting opening, super long queues for rides, food and merchandise, and timed ticket entry to WWHP, with some getting lousy timings despite having the express tickets. Imagine paying ¥7200 for the 1 day pass (including tax), and an additional minimum of ¥5200 Universal Express® Pass 5 (The Pass 3 did not include the Harry Potter and the Forbidden Journey™ ride, which was apparently the must-do), and getting a 17:30 timing to enter and do the ride… That would be almost S$150 into the drain, and there was still the must-drink butter beer, and wouldn’t you want to get at least one souvenir home?

END_OF_DOCUMENT_TOKEN_TO_BE_REPLACED 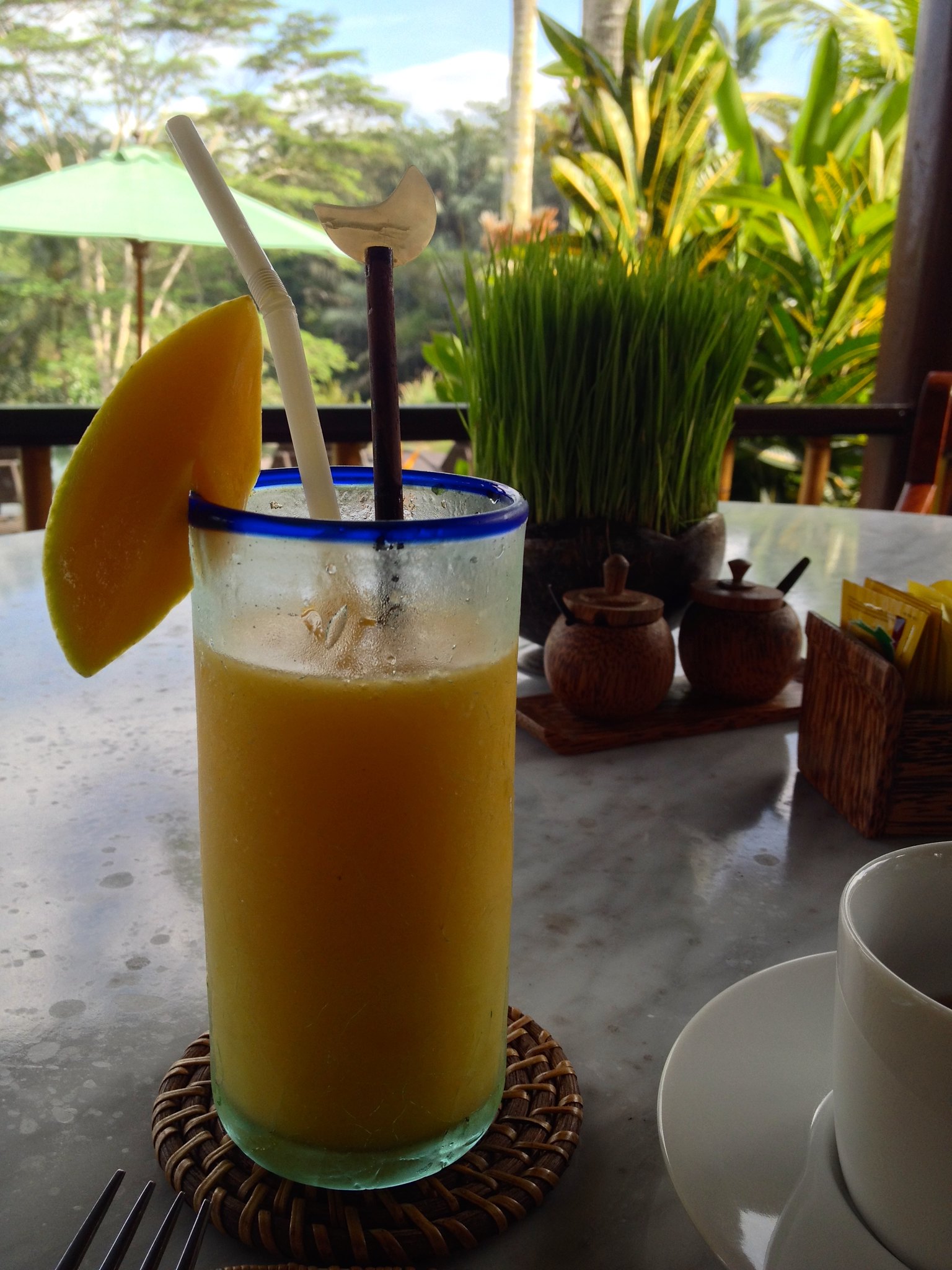 We could get used to this!

Today was the Kulungan Festival and most of the staff were dressed in their traditional costumes! The ladies seemed to favour brightly coloured clothing and it was a very pretty sight 🙂

We had confirmed that we would be able to have a free late check-out, as our villa was not booked by anyone else. Lucky us! The other couple that we met yesterday was not so lucky, their villa was booked by another couple, so they had to clear out of their villa by 11am. Since we did not have to worry about where to leave our luggage, we decided to go out for some shopping and lunch after our late breakfast.

END_OF_DOCUMENT_TOKEN_TO_BE_REPLACED

(This post in re-written in absolute frustration at stupid WordPress app which seemed to kill off my every other post despite multiple saving. So names may not be correct since it has been a while since I ate the food… Not too sure how long I can live with it…!!)

This is probably a pretty nice place to chill out, with the darts machine in one corner and 1 huge screen for soccer fans indoors. There was supposed to be live music outdoors, but we didn’t stay late enough to hear it.

END_OF_DOCUMENT_TOKEN_TO_BE_REPLACED

We decided to come here after hearing so much about this place since it opened its doors from May 2013.

There is to be no queuing at the restaurant. Instead, you gotta click for a queue number on a tablet, supply your name and mobile number, and you will be notified via a call when a table is ready for you. You can also check out the URL sent to you via SMS to find out how many tables are ahead of you. We ended up hanging around the restaurant (around the ‘Please do not queue’ signboard no less…) because it was drizzling, and this is the sole building around…

END_OF_DOCUMENT_TOKEN_TO_BE_REPLACED

No service charge, No GST, No tap water

It was a quiet Monday evening and we were the only diners indoors. Got a couple of Caucasians outdoors, so we practically had the entire place to ourselves.

Western, Thai and Indian cuisines are served here, so we ended up ordering a beef Phad Thai, Butter Chicken, Palak Paneer and some garlic naans. There was a beer promotion, so we ordered a glass of Kronenbourg 1664 to share (mineral water costs $1 nett per bottle).