We had wanted to visit Tai O 大澳 for the longest time, but somehow we never made it in our past trips. This time, we made a special effort to visit!

After dropping our bags at the Regal Airport Hotel, we took its complimentary bus shuttle to 東薈城 Tung Chung Citygate, made our way past the queue for 昂坪纜車 Ngong Ping Cable Car (which will be closed for approximately 5 months from Jan 2017), before finding the other bus terminal for 新大嶼山巴士 New Lantao Bus (Tung Chung -> Tai-O, Tai-O -> Tung Chung).

The bus frequency was roughly every 15 minutes, and the queue for Bus No. 11 was rather long at noon time. Note that depending on the type of bus, not all had standing space. Hubby was the last who got up the bus but there were no longer any seats available, and he had to explain to the next bus driver that he had already tapped his Octopus card in the previous bus. Thankfully, he did not have to pay twice. We dozed off almost immediately and 55 minutes later, we reached the Tai O terminus!

END_OF_DOCUMENT_TOKEN_TO_BE_REPLACED 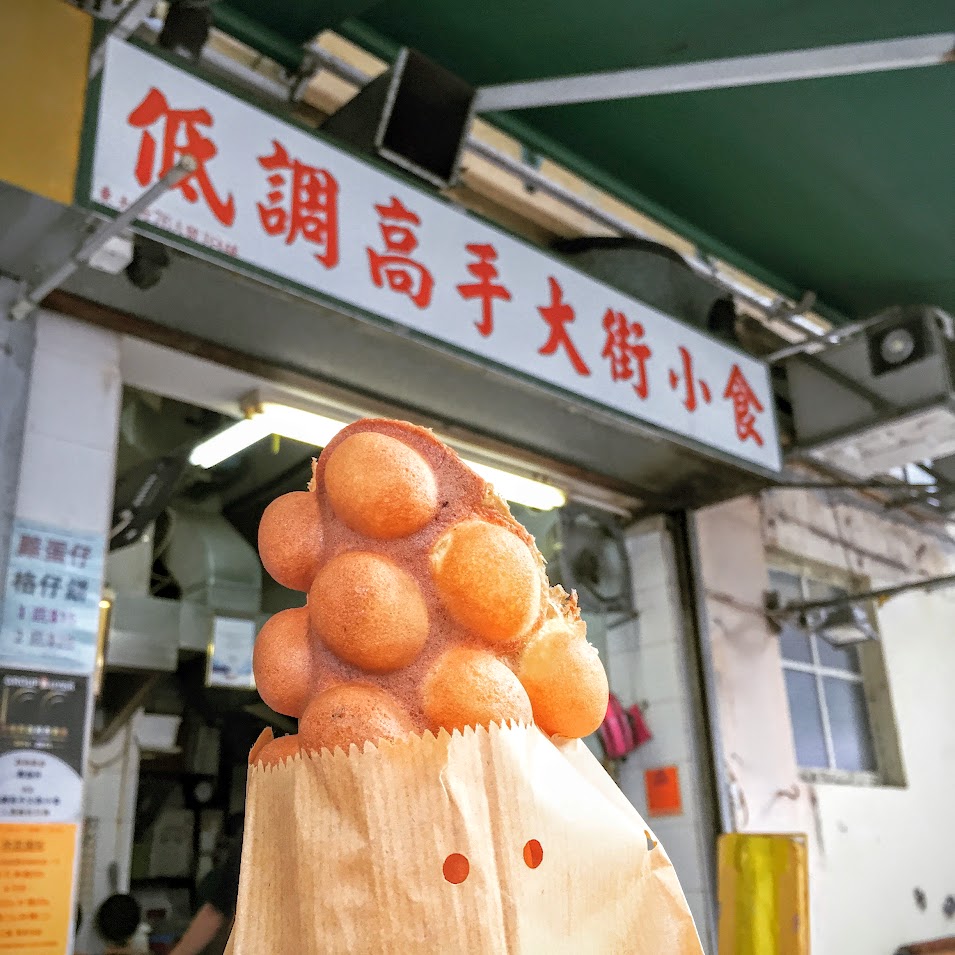 So we read that there is this very popular egglet 雞蛋仔 stall in Shau Kei Wan 筲箕灣 where there’s perpetually long queues.

We managed to find it just as it was starting to open after some walking around, and true enough a small queue has already been formed close to 11am!

For HKD 15, we got ourselves a huge egglet 雞蛋仔. The crispy bits were really fragrant and delicious, and your teeth would sink into the chewy insides beneath the crispy exterior 🙂 However, it was not cooked evenly, so we had to throw away the uncooked parts 😦

Nevertheless, we were now ready to start our heritage trail!

This was a rather spur-of-the-moment kind of a trip, where the Whatsapp conversation basically went…

And so, in less than 3 hours, we booked tickets for 5 pax, including Ms. Y, who first announced that she could make it, and then asked where we were going and who were going -_-”

We also decided to stay at Royal Plaza Hotel 帝京酒店 since it was rather difficult to find big rooms for 3 pax and we had a good experience with this hotel previously.