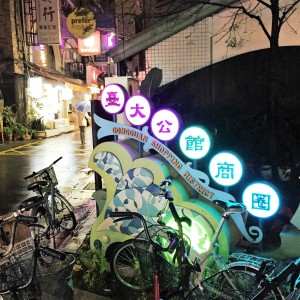 Back in 2013, we were utterly lost trying to find 公館夜市 Gongguan Night Market, and ended up rather disappointed. This year, we decided to try again 🙂

The maps in the subway station still did not show where 公館夜市 was, but we just followed the instructions online, and got out of Exit 1.

We then realized that as this was more of an area with many shop fronts, it is known as 公館商圈 Gongguan Shopping District. And this time, we were at the correct starting point, and the push cart food stalls were actually spread out across 4 lanes, including that one lane which we went to previously.

END_OF_DOCUMENT_TOKEN_TO_BE_REPLACED 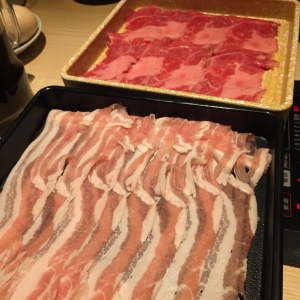 So this is our final night in 京都 Kyoto, and we just had to have a feast!

Hubby was looking through a magazine in our hotel and found an advertment that showed a しゃぶしゃぶ 食べ放題 Shabu Shabu Buffet with an affordable price, and so here we are!

This is an 180-years old establishment which has a very elegant Japanese garden at the entrance that instantly gave us a calming and welcoming atmosphere as we walked into the restaurant. We ordered the 上牛と特選豚すきしゃぶ食べ放題 Superior Beef and Special Pork Suki Shabu Buffet (¥3680+8% tax per pax with 10% discount from a coupon in the magazine 🙂 ) where we could enjoy both すきやき Sukiyaki (meat cooked in soy sauce broth) and しゃぶしゃぶ Shabu Shabu (meat cooked in clear broth) in the same pot!

END_OF_DOCUMENT_TOKEN_TO_BE_REPLACED

Expecting my meeting to end late today, we decided to meet at Novena for dinner.

It was almost 8pm when we met and Appare 天晴 looked quite empty. We picked a corner seat initially but there was a nearby table with 3 young kids making lots of noise and the waiter very subtly offered to shift us to somewhere more private… Wow! We didn’t even say a thing and he took the initiative to offer! We liked this place already 🙂

END_OF_DOCUMENT_TOKEN_TO_BE_REPLACED 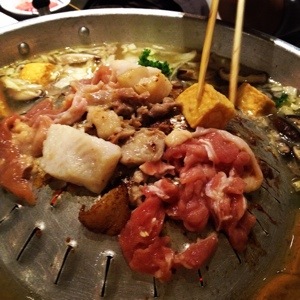 It seems that Moo Ka Ta is the current food darling of everyone!

We tried coming here without reservations previously and were told in a rather matter-of-fact manner that the place is usually almost full with reservations. So we got a name card and I very cleverly SMS for reservations close to 6pm today. And there were still seats available for 7.30pm! Good thing that I made reservations; there was only 1 table left for walk-in when I arrived at around 7pm 😮

END_OF_DOCUMENT_TOKEN_TO_BE_REPLACED 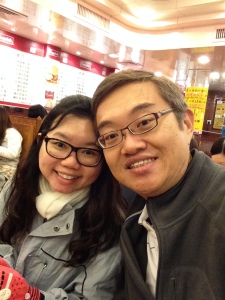 This was a rather spur-of-the-moment kind of a trip, where the Whatsapp conversation basically went…

And so, in less than 3 hours, we booked tickets for 5 pax, including Ms. Y, who first announced that she could make it, and then asked where we were going and who were going -_-”

We also decided to stay at Royal Plaza Hotel 帝京酒店 since it was rather difficult to find big rooms for 3 pax and we had a good experience with this hotel previously.

END_OF_DOCUMENT_TOKEN_TO_BE_REPLACED 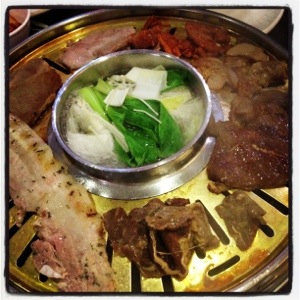 KBB is directly underneath the second branch of Tim Ho Wan in Toa Payoh ERA Centre!

And no, we didn’t go for dim sum because it was the second day of its soft launch, so it wasn’t exactly opened to public yet 😛