Surprise, surprise! We found 板橋湳雅夜市 Banqiao Nanya Night Market, which we had never been to before 😛 Mainly because it was not so accessible via the metro and was not too near to where we usually stay, but there was a direct bus from 三峽老街 Sanxia Old Street, where we would be earlier in the day, so this was the perfect opportunity to check out this night market!

First stop was 蚵仔之家 House of Oysters, where we tried the 蚵仔餃 Fried Oyster Dumpling (NT60 for 4 pieces), and 蚵仔麵線 Oyster Mee Sua (NT90). The oyster dumplings were huge and juicy, with the juice just bursting out when we took the first bite 😮 The mixture of minced meat and oyster was very flavourful 🙂 The very generous amount of oysters made every mouthful of vermicelli a real treat 😀

We walked around some more, but were really too full to try anything else. Gotta come back some time to try out the other food 🙂

Thanks to Starhub, we had a 1-for-1 voucher,  and decided to try out Takujo at Emporium Shokuhin, serving contemporary Japanese cuisine.

Emporium Shokuhin is this huge area in Marina Square ground floor that has a collection of fresh fish market (with fresh lobster from Hokkaido!), frozen meat market, groceries, and many restaurants all congregating together.

The restaurant was surprising quiet at 6:45pm on a Friday night (maybe the price put off many people). Even when we finished around 8:30pm, there were only 4-5 tables full.

Since it was 1-for-1, we opted for the Takujo 8-course Signature Dinner Set ($128++), where we would get to try both grilled fish options 🙂

The menu was surprisingly in English only though.

END_OF_DOCUMENT_TOKEN_TO_BE_REPLACED

When we decided to visit Ms I in Sydney and began our research, Sydney Fish Market (SFM) popped up on Google Maps and I made a note that we must come and visit because we are so fond of fish markets with its fresh seafood (or markets in general, really… Haha)!

After more research, we realized that this is the largest of its kind in the southern hemisphere and the 3rd largest fish market in the world in terms of variety. It is also a popular place with over 2.7 million visitors coming here annually.

But the most exciting part for us is SFM also includes many seafood eateries within its premises and one can buy fresh seafood to cook at home, or order them and have them cooked on the spot in various styles!

END_OF_DOCUMENT_TOKEN_TO_BE_REPLACED

Been here twice this week, had the counter seats both times, and it was fun walking the bartender make the drinks.

Service in general was friendly and pleasant. There was no queue when I was here for lunch, and a 25-minute wait for dinner during Happy Hour.

Here was what we tried so far:

END_OF_DOCUMENT_TOKEN_TO_BE_REPLACED

Our first night in Taipei in 2016, and we decided to visit this little local night market (because this was one of two night markets in Taipei that we have not yet been to)!

We have read many blogs and reviews of this night market and had more or less decided on what to try. Nevertheless, we took our time and strolled along. Our first impression was that this night market was not as crowded as the rest and there were plenty of walking space for everyone! We liked that there was a slight breeze and that the weather was not too hot or humid, thanks to a passing shower which provided much of the coolness.

END_OF_DOCUMENT_TOKEN_TO_BE_REPLACED 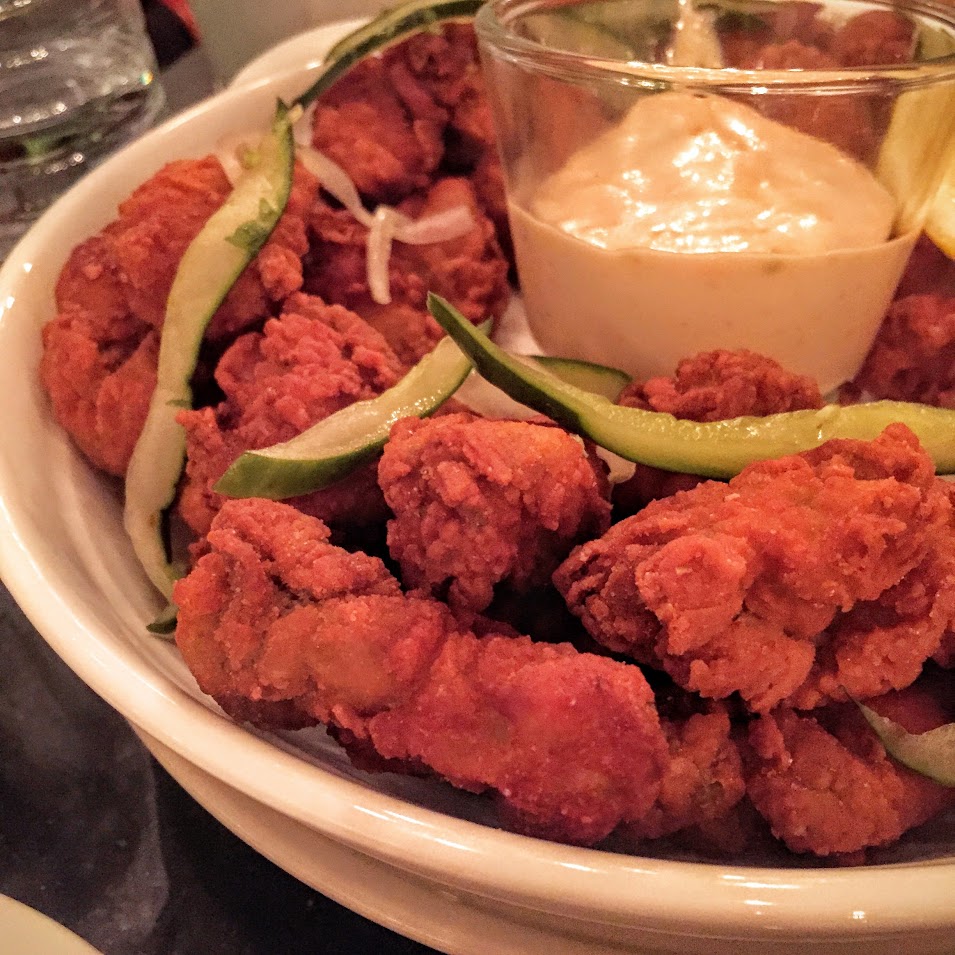 We remembered the hugeeeee beef ribs that we had at Bardoque some time back, and were keen to try some of the other dishes.

While the food prices were definitely reasonable, we discovered that warm water actually cost $2 here 😮 Cold water came in the form of bottled water. The other drinks were comparable to other cafe prices. I guess the food and drinks prices kinda balance out after all.

Long queue even for paying!

Today I flew out of office on the dot in an attempt to get seats at Koh Grill & Sushi Bar.

We had wanted to try out this place so much for a while already, as our students kept posting very yummy photos in Instagram, but the queue was always so horrendously long… The eatery is within the food court on the upper floors of Wisma Atria and is always hustling and bustling, also because there is a teppanyaki eatery just neighbour to it.

When I reached at 6.20pm today, luckily there was no queue and I was able to get seats immediately 🙂 Very excited! Especially when the queue started growing 10 minutes later…

From the menu, the selection of sushi seemed very exotic! We had a hard time figuring out which ones to try…