We wanted brunch, and were the first customers waiting outside this hotpot restaurant 😛

For ¥160, we thought the food was not bad, and the meal became nicer because there was 猪血 Pig’s Blood.. haha! 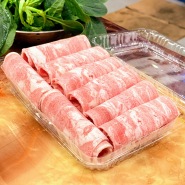 Our last meal in Beijing was 涮肉 (typically mutton shabu shabu), and we wanted to try the 老北京铜锅 which is a traditional bronze hotpot with charcoal inside and a trench of water at the rim for shabu-ing the meat.

We found one near our hotel that looked quite traditional (because it’s housed in an old traditionally-looking building which we later realized was what the name of the restaurant 四牌楼 referred to) and had a few customers and has the words 百年老店 (which meant that it was a time-tested brand and literally around for 100 years), so we figured it should not be too bad.

Of course, there were also many restaurants that claimed to be 百年老店 or 老字号 as we had found out in this trip, haha.

END_OF_DOCUMENT_TOKEN_TO_BE_REPLACED

Another recommendation by Ms I, Madang is a popular Korean BBQ restaurant near our apartment. We reached the restaurant just past 7.30pm, and there was a small crowd waiting outside. Luckily, there were more tables for smaller groups, and we only waited 15 minutes for our table.

We were seated near the entrance, and it was kind of nice for we had the heater right next to our table, with a lovely breeze coming in front the entrance. Hubby said it reminded him of the street food eats feeling.

END_OF_DOCUMENT_TOKEN_TO_BE_REPLACED

We were in need of some hot and comforting food, and shabu shabu sounded like a great idea. We walked into Shabuya and had the buffet ($45.90++ per adult), but on hindsight, we should have probably gone for the set meal instead.

For the buffet, we had our own individual pots, and unfortunately, the induction cooker that I had only 2 options – off, or high heat. Sheesh!

Service appeared to be much faster for customers who ordered the sets, and while the hotpot ingredients were certainly very fresh, there was just this “short-of-something” feel to it. The lamb was good, and not too gamey. Unfortunately, the chicken was sliced far too thin, while the beef were sliced too thick, and it was difficult to chew through the fats. The sashimi was too frozen, and not sliced properly; some of the pieces were stuck together. The tiger prawns were fresh and sweet, and the rest of the seafood items were quite ok. We also tried the sotong balls and cheese balls, and we preferred what we buy from NTUC.

We were seated near the entrance, and it was a little annoying that we had lots of difficulty trying to the the attention of the staff to order food, while the staff manning the entrance (the restaurant next door appears to be by the same owner / group) were having lots of fun playfully hitting each other and giggling uncontrollably.

We do not think that we will be returning anytime soon.

We went shopping with Ms JJ and decided to have some healthy dinner with beauty benefits 🙂 After all, somebody is getting married soon! 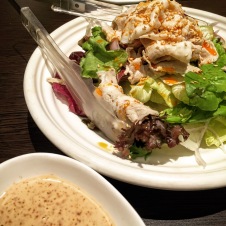 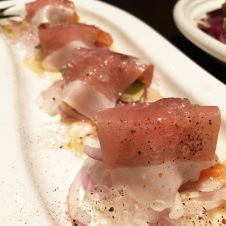 END_OF_DOCUMENT_TOKEN_TO_BE_REPLACED

[Here is the photostream of Ho Chi Minh City 2015, for those who prefer pictures to tell a story. 🙂]

We arrived at the airport around 5am in the morning for breakfast 🙂 Also, because the boarding pass indicated that we should still go to the airport early for verifications. Strange, but anyway, we did the self check-in since we did not have any check-in luggage, so we spent like 5 minutes to do all that, and went to the nearby coffee and toast for breakfast. Hubby decided on the Ham and Cheese Croissant Set ($5), while I settled for the Ham and Cheese Toast ($4.60), after observing the other customers eating not-very-appetizing-looking traditional toast.

The eggs were cracked for us, but I was not sure if it was deliberate that we each got 1 whole soft boiled egg and 1 broken egg. So we swallowed the whole egg and dipped the bread into the remaining runny egg yolk 😀 The ham and cheese were very salty and went better with the slightly buttery croissant.

END_OF_DOCUMENT_TOKEN_TO_BE_REPLACED 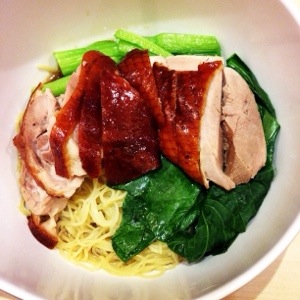 Running out of options at nex and this newly-opened HK café caught our eyes, so we decided to give it a try. The interior is a very typical Hong Kong café but the ordering was not as efficient as you could get in Hong Kong. When we waved at a waitress, she came over reluctantly to collect our order sheet. Then she strolled over to the cashier counter and just passed the sheet to the cashier, who was busy chatting/gossiping with her colleague. She gave us an impression that this was not her job and that the cashier should have come over. Later when the cashier punched in our orders and gave us the summary, I found that one of the items was missing. So I had to walk over the cashier counter to repeat my orders, and she was still chatting/gossiping with her colleagues. Why can’t life be simpler? END_OF_DOCUMENT_TOKEN_TO_BE_REPLACED