We had read about the Discovery Bay Christmas Market, and decided that it was worth our time to travel to Discovery Bay.

With the Discovery Bay Christmas Market on-going, plus the free ferry ride back to Central offer, we figured that we gotta make reservations for dining at D’Deck in Discovery Bay.

Among all the restaurants, Koh Tomyums appeared to be highly recommended. Our hotel helped us made the reservations 😀

Having being side-tracked with snacks and some Pokémon-catching, we ended up reaching Discovery Bay rather late, but managed to browse through most of the shops at the Christmas Market. There was not enough time before sunset to do any of the hiking trails, so we decided to go to the restaurant earlier.

END_OF_DOCUMENT_TOKEN_TO_BE_REPLACED

This was a rather atas-looking Thai restaurant, with ATMs located within the restaurant 😮 But we wanted to grab dinner fast, before walking over to Docklands for a good spot to watch fireworks display, so we decided to just head into it.

END_OF_DOCUMENT_TOKEN_TO_BE_REPLACED

We were intending to go check out Clinton Street Bakery, but passed by Sunshine Plaza and decided to pop in to see if Victor’s Kitchen was available. Oh well, the queue was very long!

We then recalled seeing a Japanese vegetarian restaurant, that we also wanted to try out. The restaurant was split into 2 sides, and has apparently expanded beyond this, as one of staff guided the customers to somewhere out there to their tables 😮 So popular! We were lucky to secure a table as some customers were leaving. We decided to try some of the ala carte items:

END_OF_DOCUMENT_TOKEN_TO_BE_REPLACED

We were back again because of the Groupon offer, and so was the rest of the world 😛

Luckily we were there around 7pm, so it was a short 10 minutes wait. The queue just kept growing after that. This time, we tried the following:

END_OF_DOCUMENT_TOKEN_TO_BE_REPLACED 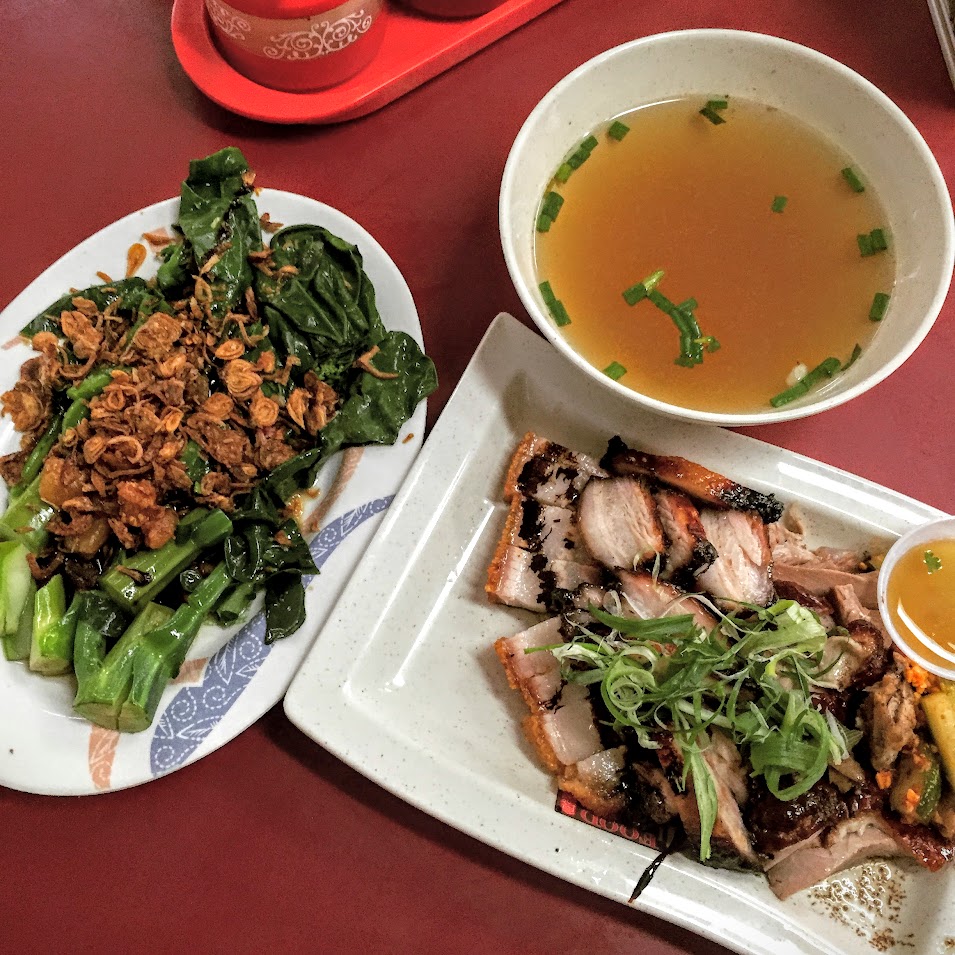 Preparing for the rush of customers

We met up with Lao Ban Niang again and this time, she was granted permission to come out for lunch!

She wanted to try this new branch of Four Seasons Restaurant, so we met at Chinatown for an early lunch. However, we discovered that all the Chinese restaurants in this area only open after 12noon, so we ended up shopping at the nearby Chinese supermarket instead. We all paused in surprise in the supermarket when we heard traffic announcement over the radio station informing all shoppers of traffic jam at Upper Thomson… Singapore Y.E.S. 933 station, haha!

END_OF_DOCUMENT_TOKEN_TO_BE_REPLACED

Daddy read about this zichar stall in the newspapers and thought the food looked pretty good! Some of his friends also said that the food was not bad, so off we went to try!

Located just a few blocks opposite Ang Mo Kio MRT Station and the Town Garden, Hai Zhong Bao Live Seafood occupies the corner stall of this kopitiam at the void deck of Blk 422. Like many kopitiams in Singapore, the environment is homely, lively and a little noisy at times, especially when a soccer match is going on. 🙂