We had a late dinner because we were really too full from this trip, and also because we waited a while for seats at this place and another 1 hour for the food to be served 😮

Posted on 9 December 2016 by lendeliz

We had a great time at 南丫島 Lamma Island previously, and this time, we decided to check out 長洲 Cheung Chau.

There was also an ongoing discount for ferry tickets till end of 2016, so it was an additional motivation to go pay a visit 😛

First, we had a nice dim sum breakfast at hubby’s favourite yumcha place at 蓮香樓 Lin Heung Tea House, because of its great atmosphere.

The food quality today was much better than our previous visit! We absolutely adored the steamed mushroom 😀

Anyway, after a leisurely breakfast, we walked to Central Ferry Pier No. 5 to wait for the next normal ferry at 09:00.

END_OF_DOCUMENT_TOKEN_TO_BE_REPLACED

We have been to Serangoon Gardens and to the famous Chomp Chomp Food Centre for several times but not to this market & food centre.

Located just before the circle, hubby remembered a famous Char Kway Teow stall there years ago (but alas it has closed already, because the old couple retired). The food centre has been completely refurbished and it is now more airy, bright and clean!

So today, we decided to do a small ride and small walk to Serangoon Gardens and have some local brunch! Found quite a few gems 🙂

END_OF_DOCUMENT_TOKEN_TO_BE_REPLACED 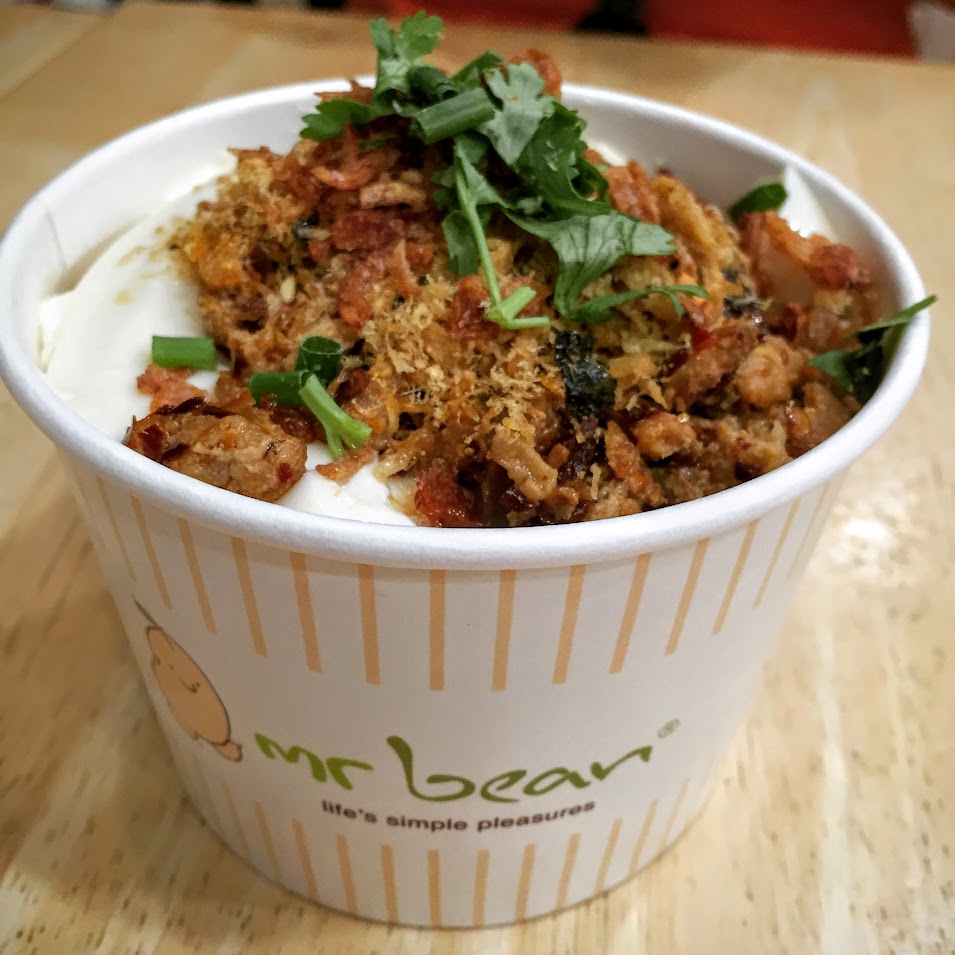 We were surprised that there was savoury beancurd available here, and quickly got ourselves a bowl of Signature Savoury Beancurd ($3.50, inclusive of GST).

Hot beancurd topped with spicy minced meat and fried onions, it tasted like tofu that we get from the usual zhi char stalls, just that it was a little too salty.

Quite an interesting twist to the usual beancurd 🙂

Note: Song Yuan BKT has ceased operations at this location. 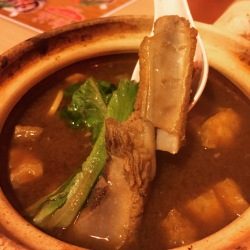 We had a craving for bak kut teh and decided to check out this place… Though the lack of crowd was a bit worrying, haha! There was also no prime ribs soup option… So… We had a few questions marks in our mind :p

The pork ribs soup looked quite sad with 5 tiny ribs floating inside, but the braised pig’s intestines looked even sadder… Haha… The soup was quite salty, and the meat was quite tough… There were even pieces with more bone than meat. The intestines were not cleaned thoroughly as there was a stinky taste to it, and somehow, the insides of the intestines were gone!! 粉肠，粉肠，没粉怎么叫粉肠? Disappointed!!

The kai lan was a bit better, but there was just too much sauce, so it was quite salty. The best dish was actually the bean curd skin… *faintz* Rice was quite a huge portion, we both could not finish it. While the rice was not overly tough, you might want to add some soup or gravy to soften it a bit…

We are not coming back here again 😦 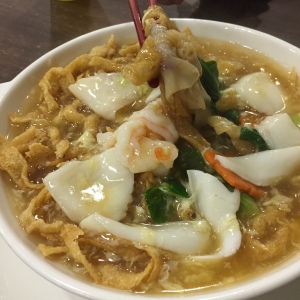 This was a relatively new kid on the block, and had replaced a similar restaurant. It always looked quite empty , so we thought we ought to give it a try before it is gone :p

The deco was simple and unpretentious with the tables arranged just like the previous restaurant that it replaced (so we thought it was just a change of name and not owner). But it turned out that this was the 2nd branch of Yam’s Kitchen in Singapore (the other one is in Pasir Ris Downtown East) and there’s also one in Bangkok!

END_OF_DOCUMENT_TOKEN_TO_BE_REPLACED

We haven’t been to this place since when we first started dating 😛 But bro mentioned this place last week, so we thought that we could come here as an alternative to the getting-pricier Quality Hotel porridge buffet.